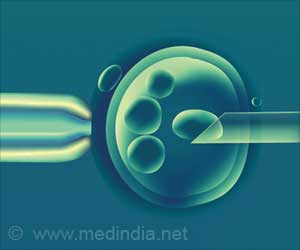 A 100-year-old medical technique, that involves flushing the fallopian tube of a woman using an iodized poppy seed oil has shown to have significant benefits in boosting fertility.

The large study, undertaken by a research team from Netherlands and Australia, provides a tremendous opportunity for infertile couples, to achieve a successful pregnancy without the need for In Vitro Fertilization (IVF).


100-year-old Technique
The procedure known as hysterosalpingography (HSG) was first carried out in 1917. It is a dye test of the fallopian tube that is performed under X-ray. Since the 1950s, both water-based and oil-based solutions have been used for the test.


‘Flushing the fallopian tube of a woman with oil-based solution helps to boost the fertility and improve the outcome for women who would otherwise have to opt for expensive treatments like IVF.’


The study, known as H2Oil, recruited 1119 infertile women and divided them into two groups: oil-based and water-based solutions.

It then compared the benefits of flushing the fallopian tubes with either an oil-based or water-based solution.

Lipiodol® Ultra-Fluid, an iodized solution of fatty acids from poppy seeds, was the oil-based product used for the study. This product is currently available in 47 countries around the world.

The research team included Professor Ben Mol, from the University of Adelaide's Robinson Research Institute, along with Dr Kim Dreyer and Dr Velja Mijatovic from the Department of Reproductive Medicine, VU University Medical Centre, Amsterdam, and a research team from 27 medical centres in the Netherlands.

"Over the past century, pregnancy rates among infertile women reportedly increased after their tubes had been flushed with either water or oil during this X-ray procedure. Until now, it has been unclear whether the type of solution used in the procedure was influencing the change in fertility," says Professor Mol.

"Our results have been even more exciting than we could have predicted, helping to confirm that an age-old medical technique still has an important place in modern medicine," he says.

What are the Benefits of Oil-Based Solution Over Water-Based Solution?
Successful pregnancies were achieved by 40% infertile women in oil group and 29% women in water group, within 6 months of performance of the technique.

"The rates of successful pregnancy were significantly higher in the oil-based group, and after only one treatment. This is an important outcome for women who would have had no other course of action other than to seek IVF treatment. It offers new hope to infertile couples," Professor Mol says.

In Vito Fertilization
In vitro fertilization (IVF), a form of assisted reproductive technology that involves the external fusion (outside the body) of a woman's egg and a man's sperm in a petridish. This technique helps a woman become pregnant.

It has helped millions of people become parents, after it was pioneered by Sir Robert Edwards and Patrick Steptoe in 1978.

Some drawbacks include: Opinions
"It was long believed that testing a woman's fallopian tubes could have fertility benefits through 'flushing out' the kind of debris that hinders fertility. The reality is, we still don't really understand why there is a benefit, only that there is a benefit from this technique, in particular for women who don't present with any other treatable fertility symptoms," Professor Mol says.

The results of the study is published in The New England Journal of Medicine and the findings will be presented at the 13th World Congress on Endometriosis in Vancouver, Canada, by project leader Professor Ben Mol who is a member of the South Australian Health and Medical Research Institute's Healthy Mothers, Babies and Children theme.

Hostile Cervical Mucus Accounts for 20% Female Infertility
Nikita Rawal, an Indore based IVF specialist, said that women can get diagnosed hostile cervical mucus by Postcoital Test, in which the interaction of sperm-mucus is accessed.
READ MORE