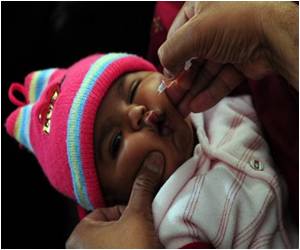 Union Health Minister Ghulam Nabi Azad has said that India has made healthcare services more accessible, affordable and equitable, especially for those living in the remotest parts of the country.

"Government of India has stepped in to make health-care services accessible, affordable and equitable, especially for the marginalised and vulnerable sections of the population," Azad said at the North Eastern Indira Gandhi Regional Institute of Health and Medical Sciences.

He said India has earned accolades for containing polio with the country having been free of polio virus for the past two years.


"India has earned international acclaim for containing polio, with the longest polio-free period ever since eradication efforts were launched. India has been taken off the list of countries with endemic transmission of wild poliovirus," he said.
Advertisement
He also said there has been significant fall in maternal mortality rate and infant mortality rate.

The health minister also said that the United Progressive Alliance chairperson Sonia Gandhi had launched the Rashtriya Bal Swasthya Karyakram under which children are screened for disorders, diseases, deficiencies and disabilities from birth up to 18 years.

The programme will cover almost 27 crore across the country, including 17 crore school going children, he added.

As India faces acute shortage of human resources in health, the health minister said, they have launched a series of reforms, including investing on medical education sector so that the country could produce more medical personnel to meet the growing demand.