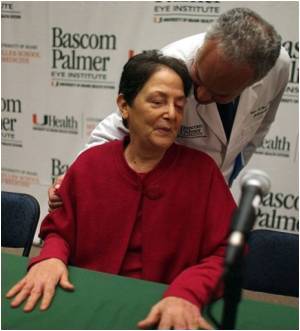 The health care reform for the elderly has significantly extended the life of a health insurance program designed for them, US President Barack Obama has claimed.

"Reform has actually added at least a dozen years to the solvency of Medicare -- the single longest extension in history -- while helping to preserve Medicare for generations to come," Obama said in his weekly radio address on Friday.


The health care legislation, passed by Congress and signed by the president into law in March, will extend medical coverage to an estimated 32 million Americans who currently lack it.


It also bans insurance company abuses and stipulates that all US citizens have to buy insurance or face fines -- a provision that has drawn lawsuits from several state attorney generals who claim it is unconstitutional.

Among other key reforms, the legislation also bans insurance companies from denying coverage to people with pre-existing conditions, dropping clients who get sick or from setting lifetime caps.

But Obama said his reforms are also helping Medicare, a government social insurance program adopted in 1965 that provides health insurance coverage to people who are aged 65 and over.

"We?ve made Medicare more solvent by going after waste, fraud, and abuse -- not by changing seniors? guaranteed benefits," he said.

"In fact, seniors are starting to see that because of health reform, their benefits are getting better all the time."

Obama noted that beginning next year, preventive care -- including annual physicals and tests like mammograms -- will be free for seniors.

He pointed out that his administration expected seniors to save an average of 200 dollars per year in premiums and more than 200 dollars each year in out of pocket costs thanks to the health reform.