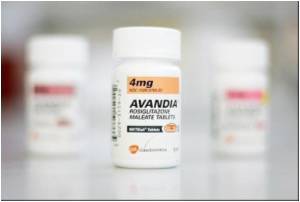 The diabetes drug Avandia will no longer be available to patients in Europe and will be restricted in the US over fears it increases the risk of heart attack and strokes, regulators said Thursday.

The controversial drug made by British company GlaxoSmithKline would be pulled in Europe within the next few months, said the European Medicines Agency. 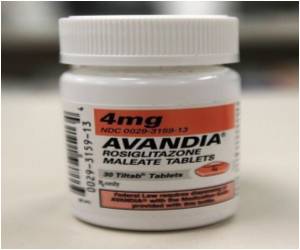 A bottle of the diabetes drug Avandia 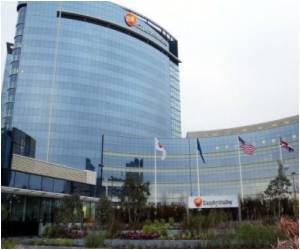 In the United States, the Food and Drug Administration decided to severely limit the availability of Avandia but stopped short of an outright ban.


It cited data that suggested "an elevated risk of cardiovascular events, such as heart attack and stroke, in patients treated" with the drug, which has long been associated with such health problems.

Insulin Therapy plays an important role in treating diabetes.Learning about insulin injections can help you better manage your diabetes condition.
Advertisement
GlaxoSmithKline said it believed Avandia -- which generated some 1.2 billion dollars in 2009 for the firm -- remained an "important treatment" and was working with the regulators to resolve the concerns.

The European watchdog said it had taken the decision to pull the drug due to concerns over its active substance rosiglitazone.

It decided also to halt the sale of Glaxo's other diabetes drugs, Avandamet and Avaglim, since they too contained rosiglitazone.

"The European Medicines Agency today recommended the suspension of the marketing authorisations for the rosiglitazone-containing anti-diabetes medicines Avandia, Avandamet and Avaglim," said a statement from the EMA.

"These medicines will stop being available in Europe within the next few months. Patients who are currently taking these medicines should make an appointment with their doctor to discuss suitable alternative treatments."

The EMA said the Europe-wide suspension would remain unless there was "convincing data to identify a group of patients in whom the benefits of the medicines outweigh their risks".

US regulator the FDA had already slapped a health warning on the drug after a study in 2007 linking the medication to serious health concerns.

Under the FDA's restrictions announced Thursday, Avandia will be available to new US patients with type 2 diabetes only if they are unable to control their glucose levels through other medications.

Existing diabetes sufferers taking Avandia will be allowed to continue to take the medicine if they so choose, the FDA statement said.

Doctors will now have to attest that their patients are eligible to be prescribed Avandia, and the patients will have to acknowledge that they are aware of the risks.

"The FDA is taking this action today to protect patients, after a careful effort to weigh benefits and risks," said FDA commissioner Margaret Hamburg.

"We are seeking to strike the right balance to support clinical care."

The FDA said it would require Glaxo to develop a restricted access program for Avandia under a risk evaluation and mitigation strategy.

The blood sugar chart gives you the fasting glucose values and glucose tolerance test values for normal people and people with early diabetes and established diabetes. Also use the calculator to find out if you have diabetes.
Advertisement
<< Mammograms Offer Only Marginal Benefit In Reducing Breast C...
70 Zimbabwean Children Succumb to Measles >>