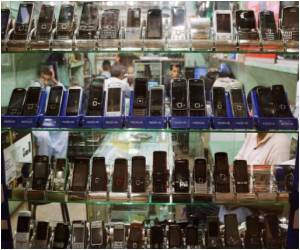 Leading health experts in Britain have backed the Tory party's bid to introduce a bill that will ban advertisements of alcohol from all sporting events and television shows that attract younger audience.

The bill, which will be put forward by Tory backbencher Dr Sarah Wollaston, has received backing by a number of health experts including University of Stirling's Professor Gerard Hastings who wrote in an editorial published in the British Medical Journal slamming the practice of advertising alcohol to attract youngsters.

"For every £1 spent advising young people about the downsides of drinking, several hundred pounds are spent encouraging them to drink more. We have to decide whether young people dying are worth a Premier League football match. It is a massive problem", he said.

Social drinking amongst women has become a fad. Stop it before it finishes you.
Advertisement
<< Middle-Age Obesity Linked to Religious Leanings
Rising Cases of Tuberculosis of Spine Cause Concern >>

Alcohol and driving do not mix. Drunken driving is the cause of many deaths in the world.
Advertisement
News A-Z
A B C D E F G H I J K L M N O P Q R S T U V W X Y Z
What's New on Medindia