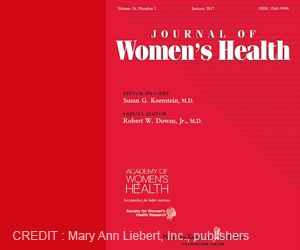 The surprising health changes noted in postmenopausal women, may include body mass index (BMI), which can worsen if the women marry or improve if they are separated or divorced, finds a recent study.

The research study analyzed data from more than 79,000 postmenopausal women who were participating in the Women's Health Initiative, which is published in Journal of Women's Health, a peer-reviewed publication from Mary Ann Liebert,Inc., publishers.

Health screening in women between 40 and 60 years helps to diagnose health issues in the early stages when they can be controlled. This ensures a more comfortable old age.
Advertisement
‘Martial status of postmenopausal women were linked with surprising health changes such as Body Mass Index (BMI).’


"These new results are in stark contrast to earlier findings in which marriage has been associated with improved overall health and divorce with higher mortality," says Susan G. Kornstein, MD, Editor-in-Chief of Journal of Women's Health, Executive Director of the Virginia Commonwealth University Institute for Women's Health, Richmond, VA, and President of the Academy of Women's Health.

Many women can never say 'no' to sex, or decide when sexual intercourse should take place. Unwittingly, women get roped into the surreptitious world of sexually transmitted diseases.
Advertisement
<< New Platform to Overcome the Limits of Magnetic Resonance I...
Understanding Immune Responses of Commonly Prescribed Medica... >>

What puts women's health at risk as they get older? Find out more about the top 10 health issues faced by women.

Activation of brain receptors in the brain's pleasure center may serve as a future treatment to improve motivation for physical activity in postmenopausal women.