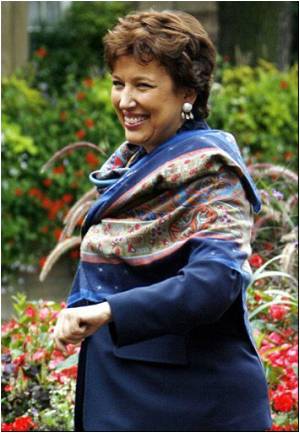 The costs of care for patients with cancer who disenrolled from hospice were nearly five times higher than for patients who remained with hospice, researchers at Mount Sinai School of Medicine have found.

Patients who disenroll from hospice are far more likely to use emergency department care and be hospitalized. The results are published in the October 1 issue of the Journal of Clinical Oncology.

Led by Melissa D.A. Carlson, PhD, Assistant Professor of Geriatrics and Palliative Medicine, and Elizabeth H. Bradley, PhD, Professor of Public Health at Yale University, the research team evaluated data from 90,826 patients with cancer served by 1,384 hospices in the Surveillance, Epidemiology and End Results (SEER)-Medicare database between 1998 and 2002. Nearly 11 percent of these patients disenrolled from hospice care and had significantly higher health care use and costs than those who remained in hospice until death.


"Our data suggest that oncologists should be aware of the dramatic financial and physical toll that disenrolling from hospice can have on a patient with cancer," said Dr. Carlson. According to Dr. Bradley, "We do not really understand why some patients disenroll from hospice, especially as many had conditions that typically fit hospice care. The number was higher than we expected and would be good to investigate further." The paper recommends that oncologists should connect with palliative care teams where available and try to ensure that the patient and family are supported following hospice disenrollment."

The Medicare expenditures that the researchers evaluated included hospice care, hospitalizations, physician visits, outpatient care, medical equipment and supplies, and home health care services. Patients who stayed with hospice incurred $6,537 in expenses from the time of hospice enrollment to death, while those who did not incurred $30,848 in expenses.

The study did not investigate why patients disenrolled from hospice care and does not include individuals who were enrolled in a Medicare managed care organization before hospice enrollment. The researchers recommend that future studies include patient and caregiver interviews to help understand the hospice disenrollment process.

"Currently, 39 percent of decedents in this country were under the care of a hospice," continued Dr. Carlson. "Rather than focusing on how to decrease Medicare expenditures by restricting access to the Medicare Hospice Benefit, policy makers should focus on how to decrease the potential barriers to remaining enrolled with hospice until death, with an eye to both decreasing Medicare costs and potentially improving patient and family outcomes."