President Barack Obama's plan to overhaul the US health care system got a boost when congressional budget experts said it would reduce the country's ballooning budget deficit.

According to the non-partisan Congressional Budget Office (CBO), the health care reform plan currently before the Senate Finance Committee would reduce the budget deficit by 81 billion dollars over 10 years at a total cost of 829 billion dollars.

President Barack Obama urged Congress Saturday to move ahead on health care reform, arguing that any change in the current system should lower the cost of services, improve their quality
Advertisement 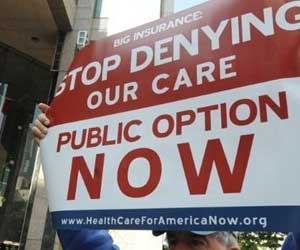 Obama has pledged his health reforms will not increase budget deficits 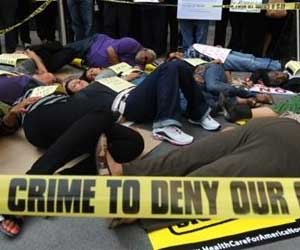 That finding was in line with Obama's pledge that his health reform push will not increase budget deficits by "one dime."


The legislation that would extend health insurance to the around 46 million people who currently lack coverage in the United States would also likely lead to "continued reductions in federal budget deficits," the CBO added.

President Barack Obama will ask for 634 billion dollars over 10 years in his 2010 budget to pay for his plans for wholesale healthcare reform designed to give all Americans affordable coverage.
Advertisement
Senator Max Baucus, who chairs the panel and has played a key role in designing the legislation, hailed the findings as he seeks to obtain the backing of at least one Republican, Senator Olympia Snowe, and convince centrist Democrats who remain undecided.

"Our balanced approach to health reform has paid off yet again," he said on the Senate floor.

"This legislation is a smart investment on the federal balance sheet, and it's an even smarter investment for American families, businesses and our economy.

Under the proposal, 94 percent of non-elderly US residents would have insurance coverage, up from the current 83 percent, according to the CBO. That translates to nearly 30 million more US residents covered by insurance.

The findings paved the way for a vote in the Senate Finance Committee, which would then reconcile its measure with the Health Committee before a full Senate vote.

A total of five different versions of health care reform are competing for influence in Congress, with weeks of haggling and horse-trading expected before any final version of the bill comes to a vote.

Obama, whose political viability is on the line with his health care push, and lawmakers in his Democratic Party are seeking a final vote before the end of the year.

Republicans, who have warned the bill could raise costs and increase the budget deficit, had required the budget estimate before they cast a vote.

Republican Senate Minority Leader Mitch McConnell labeled the draft legislation as "partisan" and warned it will "never see the Senate floor since the real bill will be written by Democrat leaders in a closed-to-the-public conference room somewhere in the Capitol."

The "real bill," he said, "will be another 1,000-page, trillion-dollar experiment that slashes a half-trillion dollars from seniors' Medicare, raises taxes on American families by 400 billion dollars, increases health care premiums and vastly expands the role of the federal government in the personal health care decisions of every American."

The CBO found the bill would "significantly expand" eligibility for Medicaid, the insurance program for the poor, and "substantially reduce" increases in payment rates for most services provided by Medicare, a health plan for seniors.

An excise tax would also be imposed on insurance plans with "relatively high" premiums.

Lawmakers remain divided on a "public option," a new government-run insurance program Obama and liberal Democrats have said will increase competition in the insurance business, thus driving down costs.

Baucus's plan does not include that option, substituting it instead with a non-profit cooperative.

But the CBO charged that the proposed co-ops "seem unlikely to establish a significant market presence in many areas of the country or to noticeably affect federal subsidy payments."

The Senate Health Committee's bill and versions passed in House panels do include a public option.

US President Barack Obama on Saturday called for Congress to pass his health care reform, arguing that the stability of the entire US economy was at stake.
Advertisement
<< Increasing Use of Face Veil Worries Egyptian Government
Calorie Switch the Key to Feeding Future Billions: Research... >>

Health Insurance - India
News Archive
News Resource
News Category
Death Caused by a Rare Type Amoeba: Research Study Japan Approves Smallpox Vaccine for Monkeypox Did Human Evolution Shrink Your Brain? What to Do When Your Asthma Medication Doesn't Work? Which is Better to Improve Smoker's Health  Cigarettes or E-Cigarettes?
More News
Sign up for Wellness Consult a Doctor Sign up for Selfcare

Drug - Food Interactions Loram (2 mg) (Lorazepam) Daily Calorie Requirements Sanatogen Blood Pressure Calculator Find a Doctor Hearing Loss Calculator Diaphragmatic Hernia Post-Nasal Drip The Essence of Yoga
This site uses cookies to deliver our services. By using our site, you acknowledge that you have read and understand our Cookie Policy, Privacy Policy, and our Terms of Use