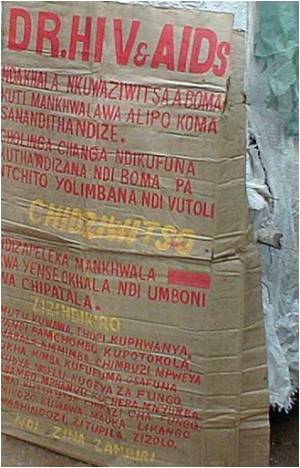 A 54-year-old self-styled healer has been sentenced by a Bern court to almost 13 years in jail for purposefully infecting 16 people with HIV using acupuncture needles.

The man has never accepted the charge of causing serious bodily harm and spreading human diseases.

Instead, he claims that this is part of a conspiracy against him and there are still many unanswered questions. The court is sure that the victims were infected deliberately by the same person that has left the victims with a condition they need to deal with throughout their lives.


The infections had occurred between the period 2001 and 2005. The man was running a music school and most of the infected people were his students at the school. He also practiced acupuncture and had many people seeking acupuncture remedies from him.

Source: Medindia
Advertisement
<< Is Your IPhone Stressing You Out?
Francis Cricks Letter to His Son About Discovery of DNA to... >>

Acupuncture Relieves Symptoms of Dry Mouth
In a recent study it was found that acupuncture can relieve the symptoms of dry mouth caused by ......

Acupuncture's Mechanism of Action to be Studied
Even though acupuncture is being used widely to treat chronic ailments, its mechanism of action is ....

Acupuncture can Help Regulate Stress Hormone Levels
A new study reveals that acupuncture can be used to regulate high levels of hormones caused due to ....