Headphones Can Cause Temporary Deafness: Study

Listening to loud music on headphones can damage the coating of nerve cells, resulting in temporary deafness, according to a study.

Earphones or headphones on personal music players can reach noise levels similar to those of jet engines, the researchers said.


Noises louder than 110 decibels are known to cause hearing problems such as temporary deafness and tinnitus (ringing in the ears), but the University of Leicester study is the first time the underlying cell damage has been observed.


The study has been published in the Proceedings of the National Academy of Sciences.

University of Leicester researcher Dr Martine Hamann of the Department of Cell Physiology and Pharmacology, who led the study, said:

"The research allows us to understand the pathway from exposure to loud noises to hearing loss. Dissecting the cellular mechanisms underlying this condition is likely to bring a very significant healthcare benefit to a wide population. The work will help prevention as well as progression into finding appropriate cures for hearing loss."

However, the coating surrounding the nerve cells can reform, letting the cells function again as normal. This means hearing loss can be temporary, and full hearing can return, the researchers said.

Dr Hamann explained: "We now understand why hearing loss can be reversible in certain cases. We showed that the sheath around the auditory nerve is lost in about half of the cells we looked at, a bit like stripping the electrical cable linking an amplifier to the loudspeaker. The effect is reversible and after three months, hearing has recovered and so has the sheath around the auditory nerve."

The findings are part of ongoing research into the effects of loud noises on a part of the brain called the dorsal cochlear nucleus, the relay that carries signals from nerve cells in the ear to the parts of the brain that decode and make sense of sounds. The team has already shown that damage to cells in this area can cause tinnitus - the sensation of 'phantom sounds' such as buzzing or ringing.

Presbycusis
Presbycusis (age related hearing loss) is the gradual loss of hearing that occurs as people get older. Presbycusis involves progressive sensorineural hearing loss.
READ MORE
Tinnitus Symptom Evaluation
Tinnitus is a ringing or a swishing noise that emanates from the ear or head. It is not a life-threatening condition and usually resolves with time.
READ MORE 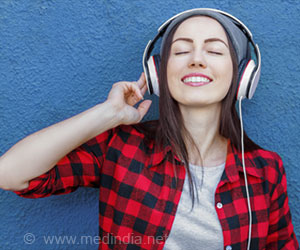 Harmful Effects of Listening to Music Over Earphones / Headphones
Effects of over-exposure to loud music from earphones is gaining concern. Headphones used at unsafe volumes for prolonged periods may result in hearing loss.
READ MORE