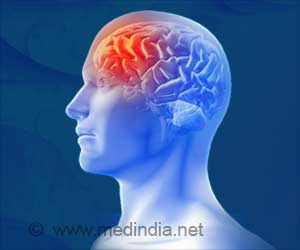 Headgear worn during women's lacrosse practice and games was found to lower the rate of head and face injuries as well as concussions, according to research presented by researchers in the Department of Orthopedics at the New York University Langone Health. The research was presented today at the American Orthopedics Society of Sports Medicine Annual Meeting.

"There has been continued controversy regarding whether or not headgear use in women's lacrosse will increase or decrease the rate of head injuries," said Dr. Samuel L. Baron, the lead researcher. In 2017, the Public Schools Athletic of New York City became the first high school organization in the country to mandate ASTM standard F3137 headgear for all women's lacrosse players.

Advertisement
‘Mandated use of F3137 headgear was shown to be effective at lowering the rate of head or face injury and concussions in women's lacrosse.’

The researchers set up a prospective cohort that included eight varsity and junior varsity women's lacrosse teams, as well as their game opponents, who were mandated to wear F3137 headgear for all practice and game events over the course of the 2017 and 2018 seasons. Certified athletic trainers assessed and documented all injuries that occurred as a result of participation on the lacrosse teams and athlete exposures were estimated based on the number of team practice and game events. Injury rates were compared with those from the High School RIO (Reporting Information Online) injury data reports from the 2009 to 2016 seasons.

Additionally, mandated headgear use was also shown to lower the rate of injury to body locations other than the head or face during practice.

Mental Health Disorders may Occur After a Mild Head Injury
A new study revealed that after a mild brain injury, many individuals might experience mental ......

Genes Affected by Head Injury Cause Brain Diseases
After a traumatic head injury, hundreds of genes are known to be altered and these gene alterations ...