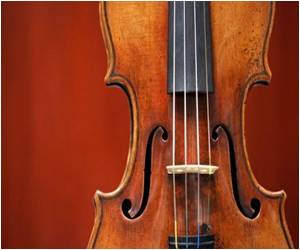 A teenager from Colorado who loved playing football would often suffer injuries to the head.

One such injury turned out to be a blessing in disguise. 17- year-old Lachlan Connors, always dreamt of making it big as a lacrosse player, but he suffered many injuries to his head while playing. This caused him to suffer epileptic seizures.

He was advised to give up contact sports. So, to avoid boredom he began to play some melodies on the piano.


To his surprise, he found that he could play music on any instrument effortlessly. Many instruments such as the mandolin banjo, accordion, and ukulele were simply child's play for him.
Advertisement
His mother, Elsie Hamilton, is equally surprised as Connors had not exhibited any musical talent as a child. Now, after the head injury, Connors can pick up an instrument and play it within five minutes

. The head injuries may have activated a new area in his brain.

Doctors offered a possible explanation and they said, "The thought is just a theory - that this was a talent lying latent in his brain and somehow was uncovered by his brain rewiring after the injury."

Doctors also guess that sudden artistic ability may have something to do with the frontal lobe, which usually helps control inhibition. If that area of the brain has suffered an injury, it may cause the victim to become disinhibited which might result in the person picking up a new talent.

Source: Medindia
Advertisement
<< UK Woman Who Drank 24 Cans of Pepsi a Day for Decades at Hea...
Neglect and Harassment in Care Homes >>

Music may Have Evolved 30 Million Years Ago, Says Study
Music skills evolved at least 30 million years ago in the common ancestor of humans and monkeys, ......

Brain Hemorrhage
Brain hemorrhage or intracranial hemorrhage (ICH) is a type of stroke due to bleeding into the brain...