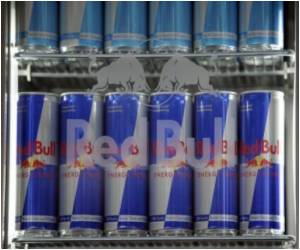 The head honcho of Monster has communicate its affirmative stance of enabling the list of "Nutrition Facts" rather than "Supplement Facts" on the labels of their cans of energy drinks to avoid any confusion to consumers.

A study conducted by Consumer Reports brought out the problems consumers face in understanding labels. When researchers verified caffeine contents in 16 energy drinks - they found differences in the amounts of caffeine mentioned in the labels and the actual contents in the drink.


"Consumer and scientific groups have for years urged the Food and Drug Administration to make companies disclose caffeine levels, but the agency says it lacks the authority," the report said.

More News on:
The Cabbage Diet Zone Diet The Macrobiotic Diet Why Do We Eat - Nutrition Facts Diet Lifestyle and Heart Disease Caffeine and Decaffeination Magical Millets for Your Health Dietary Dos and Donts of Ayurveda Nutrition IQ Health Benefits of Eating Asparagus

Caffeine and Decaffeination
Caffeine is a psychoactive stimulant alkaloid commonly found in many of the products we consume ......

Caffeine Fix Via Enema!
A couple from St Petersburg, Florida, has a unique way of getting their daily caffeine fix, through ...

Dietary Dos and Donts of Ayurveda
According to Ayurvedic science the root cause of any disease is the accumulation of toxic substances...

Health Benefits of Eating Asparagus
Asparagus is a vegetable packed with nutrients and vitamins that are essential for our body. Asparag...