Head Count of the Homeless: India Facing Demands for Action

India's homeless are being counted as part of the country's mammoth 10-yearly census in an exercise that could help shape future housing policy in the fast-growing economy.

Government employees fanned out across the capital New Delhi and big cities such as Mumbai and Kolkata this week to record the hundreds of thousands of individuals and families who live a hand-to-mouth existence on the streets.

Provisional data is expected to be published by the end of March with the full report on the demographics of the world's second-most populous nation due next year.


"It will bring the extent of the problem before the planning authorities and how it should be dealt with," Maju Varghese, from the YUVA Urban charity, told AFP in Mumbai.

But experts said gathering information on homeless people was notoriously difficult amid reports that some people were counted more than once while many others were missed.

"There are a lot of loopholes and shortcomings," said Shivani Chaudhry, from the Housing and Land Rights Network charity in New Delhi. "However it is a very good step forward that the homeless are being counted."

Varghese, whose organisation works with the urban poor, said the length of time taken for the survey -- overnight Monday-Tuesday -- was inadequate.

"We would have liked to have seen it go on for about two days and more concentrated in areas where there are homeless people," he said.

"People were left out and more time to engage with the homeless population would have helped."

The last census in 2001 estimated that there were 778,599 homeless people in urban India, many of them rural migrants seeking jobs, education and a better life as the country's economy expands.

A 2009 government report into urban poverty blamed the situation on a lack of adequate and affordable housing, leaving street sleepers vulnerable not just to the elements but violence, health problems and exploitation.

In New Delhi, for example, there were only 14 government-run night shelters with a capacity of just under 3,000 for a homeless population of more than 100,000, the UNDP-backed report said.

In Mumbai, an overcrowded city of 18 million people, land for new housing is at a premium, with demand pushing up rents to unaffordable levels for the low-paid and widening the gap between rich and poor.

The homeless population is expected to have increased since 2001, Chaudhry and Varghese said, with the figures in New Delhi and Mumbai likely to be at least 150,000 each, although the government disputes that estimate.

Veteran housing activist Indu Prakash Singh said he saw individuals sleeping on one street in the Nizamuddin area of New Delhi counted as a single unit.

"They were creating a joint family on the streets, which is not accurate. It's fudging reality. It's forging information," he said.

In addition, activists said no questions were asked about the income of the so-called "pavement dwellers", which could help determine social and affordable housing policy.

The term "homeless" was also too vague, Chaudhry said.

"The definition needs to be refined as it's not just people living in the open. You have boys working in restaurants and other industries who end up sleeping at work because they don't have homes."

Singh suggested there was a malaise in Indian society about tackling social inequality, criticising some enumerators for turning up late, clocking off early and not treating the impoverished interviewees with respect.

"There's a total lack of communication between the authorities and the people. They're not bothered about the poor. They think that having to go to them is a punishment," he said.

"The figures could be double what the census counted. It only makes an impact when you have the real picture and you have a scientific way of approaching the problem." 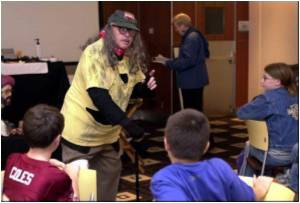 Over A Million British Children Mired In Poverty
The economic situation in Britain that once ruled major parts of the world is turning grim. Predictably it is the children who get hurt most.
READ MORE

Benefit Cuts Could Lead to More Babies Being Born Under Poverty Line
Rising tax rates and increasing benefit cuts in Britain could lead to more and more babies being born under the poverty line, a family charity organization warned.
READ MORE 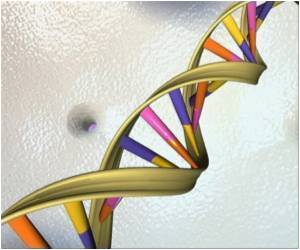 Poverty Can Suppress Genetic Potential in Children
In a recent research it has been highlighted that poverty might influence how children achieve their genetic potential.
READ MORE

Rajan Zed Calls Religions to Join Hands For Tackling Poverty
His Holiness Pope Benedict XVI was applauded by Hindus for his concern for families struggling with economic troubles.
READ MORE