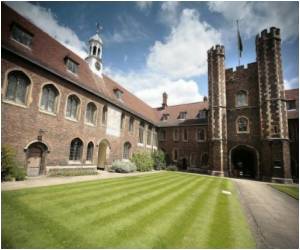 Harvard topped a ranking of world universities published Friday by a Shanghai college for the eighth year running -- a list dominated by US institutions and sharply criticised in Europe.

The University of California at Berkeley was second, followed by Stanford, according to the list of 500 schools compiled by Jiaotong University's Centre for World-Class Universities, available at www.arwu.org.

The reason why people who stay in education longer have a lower risk of developing dementia has been discovered by a team of researchers from the UK and Finland.
Advertisement

The rankings are focused almost entirely on a university's achievements in scientific research, and do not cover the humanities -- prompting concerns that they do not accurately reflect an institution's overall performance.


Jiaotong uses criteria such as the number of Nobel prizes and Fields medals won by staff and alumni, the number of highly cited researchers on staff, and the number of articles by faculty published in Nature and Science magazines.

A new study has pointed out that good school leadership is imperative to good education.
Advertisement
The rankings have come in for sharp criticism, notably in Europe, where officials say the criteria are biased against European schools.

The list was the first global ranking of universities when it made its debut in 2003. It was intended to benchmark the performance of Chinese universities, amid efforts by Beijing to create a set of world-class research institutions.

The highest-ranked non-US institutions this year were Britain's Cambridge and Oxford universities, in fifth and 10th places respectively. In 20th place, the University of Tokyo was the best rated in the Asia-Pacific region.

US schools accounted for 54 of the top 100 universities.

The European continent's top-rated institute was the Swiss Federal Institute of Technology in Zurich, at 23rd, while Pierre and Marie Curie University in Paris was the highest-ranked French school in 39th position.

The top Chinese schools were Peking University and Tsinghua University, which were tied with several other schools for the 151-200 ranking.

As Kids Start a New School Year, There is a Need to Fix Technical Problems for a Good Night's Sleep

Some of the best methods to get kids to sleep include avoiding late-night technology use and keeping a regular sleep schedule
Advertisement
Advertisement
This site uses cookies to deliver our services.By using our site, you acknowledge that you have read and understand our Cookie Policy, Privacy Policy, and our Terms of Use  Ok, Got it. Close
×