In a study by Greenpeace, two-thirds of high-street garments tested contained potentially harmful chemicals, the group said Tuesday, highlighting the findings with a "toxic" fashion show in Beijing.

The environmental campaign group is pushing for fashion brands to commit to "zero discharge of all hazardous chemicals" by 2020 and to require suppliers to publicise any toxic chemicals they release into the environment.

Greenpeace said its investigation tested 141 garments from 20 top global fashion brands purchased in 29 countries and regions in April of this year for chemicals that might harm the environment or human health.


The garments were made in at least 18 countries, mostly in the developing world, according to Greenpeace. Samples tested included jeans, trousers, t-shirts, dresses and underwear, it said.

The tests found that 89 of the garments contained "detectable levels" of nonylphenol ethoxylates (NPEs), which it said can break down into hormone disrupting chemicals.

"Even the apparently small, but cumulative quantities of a substance such as NPE in individual items of clothing, which are legally allowed, can still be damaging," the group said in its report.

At the fashion show in Beijing, one model sporting leopard-print trousers carried an IV bag filled with orange goo, while another in an ivory bustier wore a bulging neck brace and face mask.

Another model with black powder caked around her eyes like bruises posed grimly with her arm in a sling.

"Major fashion brands are turning us all into fashion victims by selling us clothes that contain hazardous chemicals that contribute to toxic water pollution around the world, both when they are made and washed," Li Yifang, senior toxics campaigner for Greenpeace East Asia, said in a release.

The report, titled "Toxic Threads: The Big Fashion Stitch-Up", also said that "high levels of toxic phthalates" were found in four products and "cancer-causing amines from the use of azo dyes" were found in two products.

"As fashion gets more and more globalised, more and more consumers worldwide are becoming fashion's victims while contributing to the industry's pollution," Greenpeace's Li said. 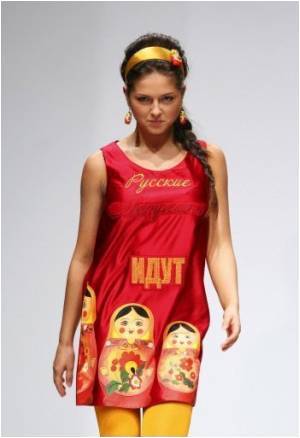 Harmful Chemicals Detected in Cheap Costume Jewelery for Youth
Dangerous levels of harmful chemicals in the composition of low-priced jewelery items targeted at youngsters, which may have serious health implications, have been detected by experts.
READ MORE 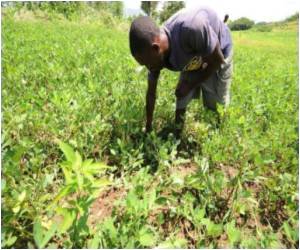 Plan to End Use of Harmful Chemicals on Crops Developed
A step by step process to one-day end the use of environmentally harmful chemicals on commercial crops has been developed by University of Alberta researchers.
READ MORE

Environment Commissioners to Expand Europe's List of Harmful Chemicals
European commissioners for the environment and for industry said Thursday that Europe will expand its list of potentially highly dangerous chemicals to 135 from a current 29 by the year 2012.
READ MORE

Harmful Chemicals and Metals from Game Consoles Still Not Eliminated: Green Peace
Newer versions of the gaming consoles of Sony, Microsoft and Nintendo are still not doing much to eliminate potentially harmful chemicals.
READ MORE