Happiness at Its Lowest at Age 40: Study

The graph of happiness reaches the lowest at age 40 and lasts for 2 years, says a study conducted by Melbourne researchers.

They also said that men and women suffer from mid-life crisis during this time. The result was based on surveys of Australian, German and British individuals.

"We have identified a clear U-shape in human wellbeing," says lead researcher Dr Terence Cheng from the University of Melbourne. He said there was a gradual decline in happiness from the age of 18 to about 40 or 42. As happiness graph takes a U shape, people become happier as they approach 70.


Researchers from the University of Warwick and the London School of Economics were also involved in the study. Dr Cheng said the research did not try to find out the reasons for the fall in happiness levels at age 40. He added that sadness is often linked with factors such as work and family expectations.

According to leading Australian social analyst David Chalke, the early forties could be a difficult time. Researchers said that for most people it is not a crisis at 40, but just a dip in satisfaction level which again goes up and improves until the 60s and beyond.

Cultural Beliefs may Hinder Feelings of Happiness
Large section of the population avoids feelings of happiness and contentment due to cultural beliefs.
READ MORE

Even Chimps Go Through Mid-life Crisis: Study
A study has found chimpanzees and orangutans can experience a mid-life crisis just like humans.
READ MORE 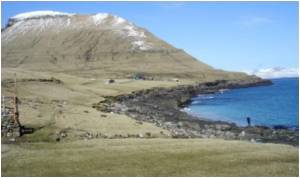 Interaction With Nature Needed for Human Well-being
Humans need the exposure to the natural world in order to have a well-being in their physical and psychological states, says study.
READ MORE

Calming Down After Fight With Hubbies is the Key to Marital Satisfaction
Wives, who keep their cool following a heated argument with their husbands, are the key for long term marital satisfaction, a new study reveals.
READ MORE