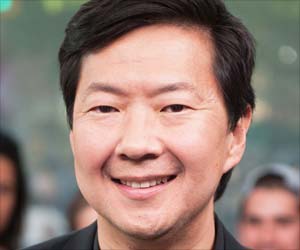 India seems to be one of the favourite destinations for Hollywood stars to support social causes. And now, Korean-American actor Ken Jeong, best known for playing the comedic gangster Mr.Chow in "The Hangover" series, wants to spread awareness about cancer across the globe including India.

He spends a lot of his off-time volunteering with Stand Up 2 Cancer, a charitable program that raises funds to accelerate ground-breaking research and get new therapies to patients and save lives.

More women were aware that reconstructive breast surgery is possible after the surgical removal of one or both breasts following Jolie's announcement.
Advertisement

Asked if he would like to support a cause in India, Jeong told, "Absolutely. I would love to. I am also grateful to my fans in India....just to be able to meet and connect with my fans is very important to me and also support a cause. I do a lot of work with Stand Up 2 Cancer because my wife is a breast cancer survivor. She is doing well now. She is cancer-free. I would like to do something of that nature on a global scale."


But right now, Jeong, who made his feature film debut in "Knocked Up" in 2007, has focused all energy on his new TV show "Dr.Ken", which is aired every Sunday on Comedy Central - Your Happy Place in India.

Sandra Lee was recently re-admitted to the hospital for another surgery due to complications from her double mastectomy in May.
Advertisement
"I co-created the show. It is based on my life as a physician and a family man. At this moment, I am passionate about doing 'Dr.Ken' because it's a comedy that I want people to share with their family," said the actor, who was a practicing physician earlier.

He might not be practicing medicine right now, but he does "occasionally" give medical tips to people on the sets.

"I always tell them that I am not practicing medicine, so take my advice with a grain of salt," he said.

Since he has been blending comedy with medicine for long, does he believe laughter is the best medicine to cure patients?

"Laughter helps to keep someone relaxed, but I think medicine is the best medicine," said Jeong.

Asked if he would like to do different genres of comedy in Bollywood like family or sex comedy, he said, "I'd like to do all of them. I am an actor first and foremost and I think that I don't want to restrict myself to any one thing; otherwise I would still be doing R-rated comedies for the rest of my life. That would be boring."

Talking about Indian stars, he only has kind words for former beauty queen and now Bollywood actress Priyanka Chopra, who made her international TV debut with "Quantico".

"What's really wonderful is that I got to meet Priyanka Chopra, who is on ABC's 'Quantico'. Since I have been doing a lot of work with ABC... that's the network that's distributing 'Dr.Ken' in the US, it's really been amazing. That's ('Quantico') my favourite new show. It is so great to see more diversity on television in America," said the actor, who enjoyed watching Gurinder Chadha's 2004 film "Bride & Prejudice", starring Aishwarya Rai Bachchan.

Kajol Agrees It is Easier for Stars to Spread Awareness

Bollywood actress Kajol believes that the voice of stars like her reaches out to more people and spreads greater awareness.
Advertisement
<< Repetitive Babbles of Babies are Motivated by Their Ability...
Prevalence of Chronic Diseases Increase Among the Poor in B... >>