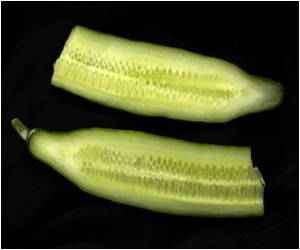 Frunet, a Spanish organic fruit and vegetable company, has sued Hamburg, the second largest city of Germany, for more than two million euros for wrongly blaming its cucumbers for a deadly E.coli outbreak, officials said Thursday.

The Spanish firm has lodged a 2.3-million-euro ($3.0 million) claim against the northern port city's health and consumer protection authority.

"The Office for Health and Consumer Protection rejects these claims since the warning about the company's cucumbers was necessary and right," the health office said in a written statement.


Insisting it believed it had taken the right course of action in issuing a warning with the information it had at the time, it said: "Protecting health comes before economic interests of companies."

The protein-making machinery of E.coli has been successfully re-engineered by Yale University researchers.
Advertisement
A Hamburg court spokesman confirmed the claim had been lodged at the end of November.

Fifty people died in Germany and one in Sweden after the outbreak of the virulent strain of enterohaemorrhagic E.coli (EHEC) in May and June which authorities in Hamburg, the epicentre of the outbreak, initially attributed to Spanish cucumbers.

The cucumber warning prompted an EU-wide alert and dealt Spanish growers a heavy blow as sales slumped across the 27-nation bloc. Producers in other countries were also hit.

The European Union provided 227 million euros in compensation for European producers of cucumbers, tomatoes, lettuce, courgettes and sweet peppers, withdrawn from the market as a result of the disease.

E.coli Research Gets a Boost Through EU Funding

The EU has decided to pump funds to the tune of 2.2 million euros in research on the lethal E.coli strain that caused havoc not too long ago.
Advertisement
Advertisement

The health benefits of cucumber are understated but plentiful. Find out how adding cucumber to your daily ...

Cut down on cost and include healthy foods in your daily diet. Cooking creatively helps you eat healthy and ...
This site uses cookies to deliver our services.By using our site, you acknowledge that you have read and understand our Cookie Policy, Privacy Policy, and our Terms of Use  Ok, Got it. Close
×