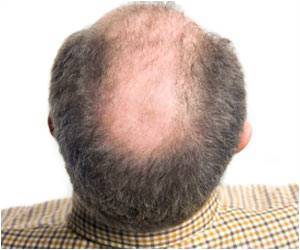 It has emerged that the tests conducted on the hair samples of 150 neurologically disabled children in Punjab's Faridkot District have revealed high levels of Uranium and other harmful chemicals.

Hair loss or Alopecia can be emotionally devastating to women but understanding reasons behind hair loss can help in prevention and treatment of hair loss.
Advertisement

The German laboratory conducted the tests.

"It the came up as a cocktail. These four metals found altogether might be due to the effect of pesticide and fertilizers," he added.

Worried about your balding head? Here are a few of the latest treatments for hair loss and thinning.
Advertisement
<< Sex Education Must be Part of the Curriculum from Primary S...
Neurological Defects Linked to Leaded Gasoline >>

A few men are only in their twenties when they begin to lose hair, but by the time men reach their fifties, more than 50% of them have what doctors would call 'significant hair loss'.
Advertisement
News A-Z
A B C D E F G H I J K L M N O P Q R S T U V W X Y Z
What's New on Medindia