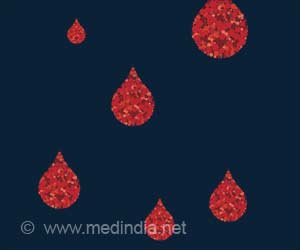 Advertisement
‘Haemophilia Jagruti, a magazine launched in Gujarat to spread awareness about haemophilia.’

The tri-monthly magazine aims to share knowledge and the research being done on the subject. Haemophilia affects over 6,000 people in the state.


Across the country, there are over 16,000 registered patients of hemophilia, a hereditary and genetic disorder that impairs the body's ability to control blood clotting.
Advertisement
Even after a minor injury or cut, the patients' blood does not clot normally due to the absence of clotting proteins called Anti Haemophilia Factors.

Experts believe the registered figures are only about 15 percent of the total affected persons in the country.

The founder chairperson of the Haemophilia Education and Information Trust (HET), Pravinsinh Mori said: "There are about six thousand registered hemophiliac patients in the state. But the number may be more."

"That's why we want to spread awareness about this disorder. The tri-monthly magazine would serve the purpose of spreading awareness and bringing people's focus to this disorder," Mori said.

Mori further said: "The magazine will not only share the knowledge and strengthen the affected community but also give a better understanding of the suffering of the affected people so that the society can come forward and help in the initiative of the trust.

"HET is also running a drive for a proposal for setting up of a haemophilia treatment ward also in each hospitals of the state."

Gene Tests on Dogs Boost Hopes for Treatment of Haemophilia
Scientists said that they had treated haemophilia in dogs by fixing a flawed gene, marking a step .....

Heres Everything You Should Know About Haemophilia
Haemophilia is a condition in which the blood doesn't clot normally. Medicines for it are not ......