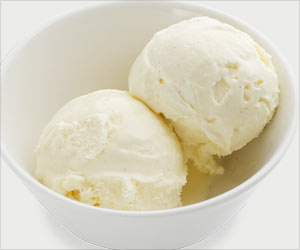 Representatives of the supermarket chain headquartered in San Antonio, Texas, have voluntarily recalled H-E-B ice cream. It was feared that some of the frozen desserts may contain wood fragments.

All ice cream flavours always taste heavenly, but knowing which one is specially created for which zodiac sign makes it exciting.
Advertisement
‘H-E-B Caramel Pecan Turtle Ice cream distributed in retail stores in Texas have been voluntarily recalled as they are feared to contain fragments of wood.’

The frozen treats should include milk, dairy cream, chocolate, caramel and pecan nuts. However, it appears that there's a possibility that in the production line wood splinters have also reached the creamy dessert.


As company executives have declared that no one has so far complained of injuries or other adverse reactions caused by the potentially hazardous ice cream. Even so, in an effort to place customer safety first, the recall was deemed necessary, and was promptly ordered throughout all the H-E-B grocery stores found across Texas and northeast Mexico.