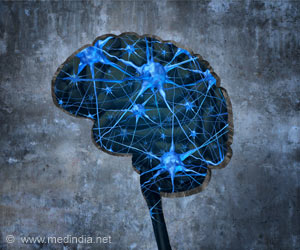 A gut infection was found to lead to a pathology resembling Parkinson's disease (PD) in a mouse model lacking a gene linked to the human disease, revealed study by Montreal scientists.

This discovery extends recent work by the same group suggesting that PD has a major immune component, providing new avenues for therapeutic strategies.

The collaborative study was the work of a joint team of scientists led by Michel Desjardins and Louis-Eric Trudeau of Université de Montréal, Heidi McBride at the Montreal Neurological Institute, and Samantha Gruenheid at McGill University.


A relatively conservative projected doubling of the number of patients over the next 30 years would yield more than 12 million patients worldwide by about 2050.

Parkinson's disease is a brain disorder which leads to many other related effects. Nutrition plays an important role in management of the disease.
Advertisement
About 10 per cent of cases of PD are due to mutations in genes coding for proteins such as PINK1 and Parkin, which have been linked to mitochondria (the organelle in cells that produces energy). Patients with these mutations develop PD at a much earlier age. However, in mouse models, the same mutations do not generate disease symptoms, leading many researchers to conclude that mice may not be suitable for the study of PD.

Trudeau and McBride, two specialists in the field of PD research, argue that the findings in this new study may explain this disparity: these animals are normally kept in germ-free facilities, conditions not representative of those encountered by human beings who are constantly exposed to infectious microorganisms. Gruenheid, a microbiologist, is confident that the link between infection and PD will stimulate further study of the immune response linked to the initiation of the disease, allowing researchers to develop and test novel therapeutic approaches.

"Most of the current models of PD are based on the belief that neurons die due to toxic elements accumulating inside them," said Trudeau, a neuroscientist. "This does not explain, however, the fact that PD pathology is initiated in patients several years before the emergence of the motor impairment and any noticeable loss of neurons."

The reason for this is believed to be explained by the results of the present study. The Montreal team has shown that in mice lacking a gene linked to PD, infection with bacteria that cause mild intestinal symptoms in young mice was sufficient to trigger PD-like symptoms in these animals later in life.

The Parkinson's-like symptoms could be temporarily reversed by the administration of L-DOPA, a drug used to treat Parkinson's patients. Desjardins and Diana Matheoud, an immunologist the University of Montreal Hospital Research Centre (CRCHUM), point out that in normal mice, the immune system responded properly to the gut infection; however, in mice lacking the gene PINK1 related to Parkinson's, the immune system overreacted and triggered "auto-immunity", a process that leads the immune system to attack healthy cells in the organism. The results published today suggest that rather than dying from toxin accumulation, the killing of dopaminergic neurons involves immune cells.

In the infected mutant mice, autoreactive toxic T lymphocytes were shown to be present in the brain and able to attack healthy neurons in culture dishes. The co-first authors of the published article, Matheoud and Tyler Cannon, a graduate student in microbiology, emphasize the fact that these results strongly suggest that some forms of PD are an autoimmune disease likely to start in the gut several years before patients notice any motor symptoms, highlighting the fact that a window of time exists for preventive treatment.

Use of predictive tissue culture models can more accurately reflect how our own bodies respond to pathogens.
Advertisement
<< Gene Therapy for Heart Arrhythmia
Link Between Personality and Money Spending Habits Discovere... >>

Parkinson's disease is a disease of the central nervous system. Here's an interesting quiz to find out more about this degenerative disorder.