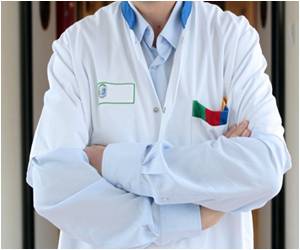 In Gurgaon, doctors have successfully performed surgery on a 13 year old Iraqi boy, who was injured in a bomb blast.

Thirteen year old Haidar Haloob was wounded by shrapnel, a piece of which lodged itself in his brain. After doctors in Iraq were unable to treat him, his uncle, Mohammad, brought him to India.

"The boy was injured in a bomb blast a few months ago. He started having headaches that over time started to increase in intensity. He also suffered from nausea and vomiting," said Sandeep Vaishya, Head Neuro Surgeon, Fortis Hospital. "When he came to us, his condition was very poor. Fluid had filled in his brain and there was an abyss at the back of his head."


Upon performing a CAT-scan, the doctors realized that there was a foreign body present in his brain. "We first drained the water to reduce the pressure, then removed the pus collection and finally removed the infected bone matter. The foreign body was a nut lodged in the brain," said Vaishya, adding that now, his condition seems stable.

A breath and sweat detector could help locate survivors buried under buildings hit by an earthquake or a bomb blast.
Advertisement
"Around 3 months ago, our family was caught in a bomb blast, as a result of which Haider spent 10 days in ICU. He started losing his eyesight even as his eyes were swelling. He also lost his hearing and was leaking fluid for one side of the head. Iraqi doctors were unable to treat him, so in desperation, we showed the reports to doctors in India who said something can be done," said Mohammad, who added that an uncle had been killed in the blast while Haider's mother and aunt had also been injured.

After Wednesday morning's explosion outside gate number five of the Delhi High Court major metros of India have been placed on a state of high alert.
Advertisement
<< Boston Marathon Bombing Caregivers Still Grappling With Tra...
Exposure to Natural Daylight in Office Improves Health of E... >>