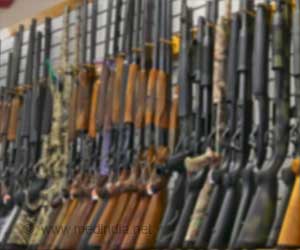 Training employees, working in retail gun shops on how to spot and act on suicide warning can help reduce suicide rates significantly.

With firearms the commonly used and most lethal means of suicide nationwide, the findings from the survey of nearly 200 independent firearm retailers across the state demonstrate the potential for key community members to be proactive in helping to prevent people from taking their own lives, said Thomas Walton, a UW doctoral candidate of social work at Forefront Suicide Prevention and lead author of the paper.

Advertisement
‘Suicide prevention wasn't an area of prime focus in the firearm community, and this is disturbing since firearms contribute significantly as the medium to carry out a suicide.’
Read More..


"Suicide prevention hasn't been an area of focus in the firearm community, and it shows," Walton said. "But there's a definite willingness to pass on firearm safety information, and they want to be able to see how to integrate suicide prevention into talking about firearm safety."
Advertisement
The study was published online July 29 in the journal Suicide and Life-Threatening Behavior.

According to the Centers for Disease Control and Prevention, about half of all suicides in the United States from 1999 to 2017 (the most recent statistics available) involved a firearm. The percentage is even higher in veteran suicides.

In Washington, the data is similar: From 2013 to 2017, almost half of all suicides, and 67% of veteran suicides involved a firearm, according to the state Department of Health. Beginning in 2017, the state Legislature helped fund Forefront's Safer Homes, Suicide Aware campaign, which offers training, outreach and locking devices for firearms and medications in communities with high rates of firearms ownership.

As part of its mission, the Safer Homes program has identified gun retailers as a key potential stakeholder in distributing information about suicide prevention. Other states, such as New Hampshire and Colorado have been working to engage firearm retailers in the issue; the UW study is the first aimed at understanding what influences such engagement. The first step for UW researchers was surveying firearm retailers about their knowledge of suicide prevention and willingness to participate. Using records from the state Department of Licensing and the federal Bureau of Alcohol, Tobacco, Firearms and Explosives, Walton and Forefront director Jennifer Stuber were able to find email or mailing addresses for nearly 800 independent retailers around the state. The team created a 42-question survey that was available in print or online. Big-box stores that sell guns were not included because of corporate policies governing store-level training and outreach.

The researchers also partnered with the Second Amendment Foundation and the owner of a Spokane gun shop, who together sent an introductory letter to the retailers explaining the survey.

In the end, 178 surveys were completed. Sixteen retailers contacted the researchers to refuse the survey, while 62 were minimally completed, and 33 were returned as undeliverable. The remaining 500 weren't returned.

"There are barriers to working with this population because of distrust and incomplete contact information," said Stuber, an associate professor in the UW School of Social Work. "But if you get the right messengers to get people to the table, there is clearly a willingness among retailers to be involved in the solutions."

The results can be grouped generally into three distinct types of questions: knowledge of suicide and how to prevent it; support for learning more; and a willingness to intervene directly with customers. About half of the retailers who responded said they were familiar with warning signs of suicide, while nearly two-thirds of respondents said they wanted to know more about how firearm retailers can help prevent suicide. About 72% said they would provide free training to employees. At the other end of the spectrum were beliefs about suicide and the retailer's role in talking with customers in crisis. Nearly three-quarters said asking customers about their mental health might offend them. About 45% said asking about personal issues is not their responsibility, and 66% agreed with the statement: "If a person wants to die by suicide, there is nothing I can do to stop them."

"It is critical to work on changing this common misperception that suicide is inevitable," Walton said. "For the vast majority of individuals, the desire to die by suicide is fleeting, so anything any of us can do to prevent or postpone a suicidal act is helping to save a life."

Survey results also indicated that the more a retailer knows about suicide, and the longer they have been in business, the more comfortable they are with ideas about training employees and talking with customers. For instance, retailers for whom a majority of sales come from firearms and ammunition were more likely to support education and outreach around suicide prevention. Those with longer tenure in the industry, the authors wrote, were also more supportive of suicide prevention efforts and thus could be tapped as leaders in any future effort among retailers.

"Notably, most firearm retailers lack awareness that suicide is the most common type of firearm fatality. Education about this fact is an important first step to increasing engagement in prevention efforts," Stuber said. "We are going to need out-of-the-box solutions to reach communities with high rates of firearm ownership to create compelling public health messages about suicide prevention."

Gun Ownership Increases the Risk of Domestic Homicides
A new study reveals a unique and strong association between firearm ownership and the risk of ......