Gujarat CM Wants State to be Slum Free by 2019 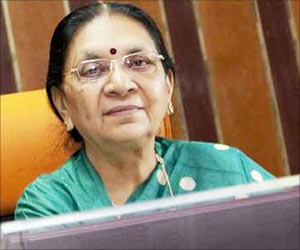 Gujarat's new chief minister Anandiben Patel has declared that her government wants to make the state slum free by the next five years.

Speaking after inaugurating several state government schemes, Patel said: "The Government of Gujarat has given improved basic amenities, and now our government is aiming to provide quality education to underprivileged children and pucca houses to needy people."

She also inaugurated an automatic kitchen wherein food would be cooked under the mid-day meal scheme. About 35,000 children from 81 schools will benefit from this kitchen, reports said.

Similar programmes were held at Ahmedabad, Vadodara and Surat.
Advertisement
Patel said the number of universities in Gujarat has crossed over 50 from mere 10 before 2001.

"We have brought various courses in universities and set up special universities for children, forensic science and petroleum to educate our youth to compete globally," she said.

She said there was a need to work in the field of education, animal husbandry and agriculture to ensure a state's overall progress.

Source: ANI
Advertisement
<< Nanoscale Particles can Improve Effectiveness of MRI
Burning Topic of Interest in Pakistan is the World Cup >>