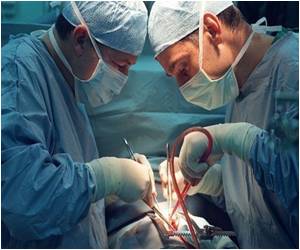 Strict adherence to guidelines on the part of doctors and patients improves survival rates in patients who have undergone heart attacks, declares a recent study in Sweden.

The study, published in the Journal of the American Medical Association, had Dr. Tomas Jernberg of the Karolinska Institutet in Stockholm and his team analyzing data of over 61,000 patients treated in Sweden between 1996 and 2007 for a certain kind of severely damaging heart attack. A new set of guidelines on optimizing the quality of post-heart attack care was introduced during this period.

Treatment strategies that included drugs to break up blood clots and ways to open arteries became more accessible during these twelve years. Statins were more commonly prescribed; the percentage of patients who benefited from statins rose from 23 to 83 by the end of this period. Angioplasty was carried out for only 12 per cent at the beginning of the study period, which increased to 61 per cent by the end. The researchers also discovered that patients lived an average of 2.7 years longer in the mid-2000s then those who lived in the mid-1990s.   The risk of dying in the year following a heart attack dropped from 21 percent to 13 percent during the study period.


The study also highlighted the fact that not all hospitals followed the recommendations of the guidelines, and so the improvement in cardiovascular health did not echo throughout. And this is not just true of Sweden, but as Dr. Debabrata Mukherjee, a cardiologist at the Texas Tech University Health Sciences Center in El Paso reports improvement is not uniform in the US too.

Heart disease can be of many types depending upon whether they involve the heart muscles or artery walls or heart beats. Bad lifestyle choices contribute to heart disease.
Advertisement
Experts like Dr. Robert Yeh, a cardiologist at Massachusetts General Hospital in Boston, agree that hospitals, doctors as well as patients need to be aware of different procedures and medications and, more importantly, about the long term care a patient needs after a heart attack.

Researchers in this study also underscored the importance of the immediacy in decision- making regarding improvements in treatment.

A-Z Drug Brands in India Find a Doctor Accident and Trauma Care The Essence of Yoga Vent Forte (Theophylline) Drug Side Effects Calculator Diaphragmatic Hernia Indian Medical Journals Color Blindness Calculator Blood Donation - Recipients
This site uses cookies to deliver our services. By using our site, you acknowledge that you have read and understand our Cookie Policy, Privacy Policy, and our Terms of Use