Pancreatic cancer is caused by a protein, the discovery of which could help in earlier diagnosis and new treatment methods, according to researchers in Britain.

Pancreatic cancer has the lowest survival rate of all cancers due to its lack of symptoms in the early stages, late diagnosis and its resistance to chemotherapy and radiation therapy.


The research - funded by the Pancreatic Cancer Research Fund - found that nearly three quarters of pancreatic cancer tumours had high levels of a protein known as P110ã. In laboratory experiments, when production of this protein was blocked, the cancer cells stopped growing. The findings are published online today (28 September 2010) in Clinical Cancer Research.


"It is a striking number of patients who present with high levels of P110ã," says Professor of Molecular Pharmacology, Marco Falasca, who led the research. "The fact that P110ã is needed for pancreatic cancer cells to grow shows that it is likely to have a critical role in the progression of the disease, which makes it a potential target for developing new treatments."

The team discovered the link with P110ã by screening both normal and cancerous pancreatic tissue for particular proteins linked to cell proliferation. Up to half of all cancers are linked to a member of one family of these proteins - called Phosphoinositide 3-Kinase (PI3K) - and the team wanted to see if a link could be made with pancreatic cancer.

Results from the screening show that high levels of P110ã were seen in 72 percent of the cancerous tissue while none could be found in the normal corresponding tissue. And when the researchers blocked production of the P110ã protein, the cancer cells stopped growing. Blocking other members of the same family had no effect, demonstrating a key role for P110ã in the progression of the disease.

"We also found that P110ã is present at high levels in patients with inflammation of the pancreas," adds co-researcher Dr Charlotte Edling.

"Patients with this condition have an increased risk of developing pancreatic cancer so this indicates that P110ã may be involved at an early stage of the disease. We now need to investigate the link between inflammation and cancer of the pancreas in more detail. Hopefully, this could provide a way to enable earlier diagnosis or to assess disease progression."

The team are now working on further research - also funded by the Pancreatic Cancer Research Fund - looking at whether P110ã is linked to pancreatic cancer's resistance to chemotherapy and whether genetic regulation can explain why P110ã is found at high levels in pancreatic cancer.

Maggie Blanks, CEO of the Pancreatic Cancer Research Fund said: "These initial results are very positive, but there is clearly a lot of further research required. We're pleased to be funding further work by Professor Falasca and his team to help them build on these findings." 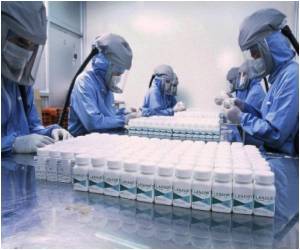 Novel Investigational Drug Designed to Attack Pancreatic Cancer Cells
A new investigational drug which has been designed to penetrate and attack pancreatic cancer cells was administered to a patient at the Virginia G. Piper Cancer Center at Scottsdale Healthcare.
READ MORE