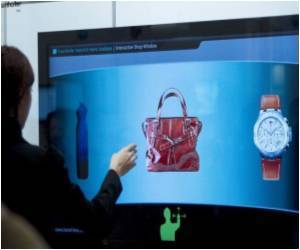 Like millions of Chinese, Liu Wen has fallen in love with group buying, which has electrified e-commerce in a country where getting the best possible discount is virtually a national pastime.

"My first experience was buying a beauty salon coupon. I just wanted to try it and it was great value," the 24-year-old children's chess teacher told AFP.

An exhibition made up of garbage has opened in a huge shopping mall in Romania's capital in an attempt to alert the public to the impact of consumerism on the environment, organisers said.
Advertisement

"Ever since, I've gotten in the habit of using it to buy meals every time I go to a restaurant," she said.


In group buying, websites offer goods or services at a special low price, but on the condition that a minimum number of customers get in on it.

Thanks to the Chinese zeal for a bargain and the country's huge Internet market -- its online users are estimated at more than 450 million -- practically anything can be bought or sold or here.

A leading retail trade body has predicted that Christmas this year will see more number of people shopping online than going to a church service.
Advertisement
On the country's first site, lashou.com, buyers can purchase DVDs, sweets, beauty creams, hotel rooms, fruits and vegetables, basketball shoes, tablet computers, wedding portraits and a myriad of other offerings.

Each item shows how many buyers must commit for the "great offer" to become a reality. Sometimes all it takes is five or ten people.

For example, one hour of karaoke in Beijing, normally costing 60 yuan (about $9), could drop to 20 yuan through a group-buying deal. Buyers receive a text message with a code and have one month to redeem it for their session.

In September, taobao.com -- China's answer to eBay -- launched its first group-buying offer with a batch of 205 ultra-compact Smart cars at a price of 135,000 yuan, nearly 25 percent off the regular price.

They sold out in just under three and a half hours.

Group buying has redefined the relationship between Chinese consumers who must work together to make the best deal happen.

A restaurant prefers to have 150 guaranteed diners for lunch -- even if they pay half the price -- over possibly only having 20 customers.

Diners pay in advance, with the website taking a cut from the bill -- often less than 10 percent of the total.

Things evolve quickly in China's group-buying world, where about five new websites pop up each day, according to official statistics, mainly targeting urbanites aged 25 to 35.

A website's success depends on how impressive their rebates are, said Leo Chen, founder of cosmetics group-buying site jumei.com.

"We started last April and have hired 200-plus employees by now," he told AFP, declining to share other growth figures.

Group buying got a dose of added visibility when state broadcaster China Central Television (CCTV) aired a prime-time special on the topic in January.

But CCTV also warned consumers to beware of scams, highlighting cases in which buyers did not receive iPhones after a site processed payment and then quickly shut down.

That potential gold mine has attracted giants such as Groupon, one of the most dazzling successes of not only group buying, but e-commerce in general.

The Chicago-based company, which refused a $6 billion purchase offer from Google, launched in China at the end of February in partnership with Chinese web giant Tencent.

But in an example of how competitive the landscape is, Groupon found a Chinese rival was already operating a site called groupon.cn. and it faces nearly 2,000 similar Chinese sites offering what is known here as "tuangou".

The Chicago company's Chinese web site is gaopeng.com, which is roughly translated as "cherished friend."

With giants like Groupon and Tencent entering the fray, 2011 will be a tough year for smaller sites, jumei.com's Chen said.

"We do not need to be afraid of Groupon," Wu said.

Depression, Not a Matter of Brain Chemistry, but Possibly a Result of Consumerism

Depression these days is seen as a matter mainly of brain chemistry, whereas it could be a clear result of the modernist culture. So the way out is not a psychiatrist, but less self-absorption.
Advertisement
<< Revolutionary Studies in Hearing and Cochlear Implants
Sexting Trend Among the Youth Worrying Adults and Educators >>

Neuromarketing: Where Scanning Your Brain Reveals Your Unconscious Shopping Urges

Whether you are in a mood to shop or not, you always spend more time window-shopping than you may realise, says a new study.
Advertisement
News A-Z
A B C D E F G H I J K L M N O P Q R S T U V W X Y Z
What's New on Medindia