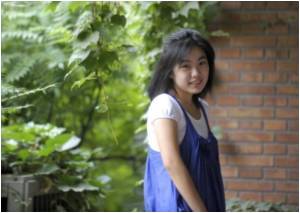 In a Kathmandu recording studio, young workers sift through piles of letters from Nepalese teenagers seeking advice on everything from unrequited love and homosexuality to drug abuse and HIV.

Two presenters in their early twenties talk animatedly into microphones as they record the latest episode of "Chatting with my Best Friend" or Saathi Sanga Manka Kura (SSMK), one of Nepal's most listened-to radio shows.

Teenagers are living a digital lie by faking their age, looks, and lives on the Internet, suggest a new study.
Advertisement

The programme, a blend of discussion, drama and music, was launched nine years ago as part of a project funded by the UN children's agency UNICEF to spread awareness among Nepalese teenagers about the dangers of HIV and AIDS.


Since then it has become required listening for young people across Nepal, a deeply conservative, majority-Hindu country where teenage sex and drug abuse are usually taboo subjects.

Teenagers who have strict household smoking ban are less likely to experiment with cigarettes, according to a new study.
Advertisement
The show -- the first to be produced by and for young Nepalese people -- began as a half-hour slot on national radio, considered the most effective medium in a country where around a third of the population is illiterate.

Its no-holds-barred approach to sexual health quickly won it a loyal following among young people and within months, so many letters were coming in that it had to double its running time to an hour.

"Before SSMK started, there was no tradition of talking about such problems in Nepal," said Kaustuv Pokhrel, a former presenter on the show who now works behind the scenes.

"The show was designed in such a way that it felt like your friend talking to you in a non-judgemental way. The hosts talk about anything under the sun -- sexual and reproductive health, career or study concerns, family problems, whatever."

Now, SSMK draws six million listeners a week, is the winner of several international awards, and has even featured "Pirates of the Caribbean" star Orlando Bloom, a UNICEF goodwill ambassador, in one of its dramas.

"This lack of guidance and information on issues that were important to young people left them feeling a little neglected and also increased their vulnerability to risky behaviour," she added.

"We were accused of putting out vulgar content on the radio, so we invited the station managers in to see the letters we received to show we were not making it up -- this really was an issue that concerned young people.

"Eventually they were persuaded, but for a while we had to send them scripts for approval. They said we couldn't use the word 'condom' on the radio, for example, which was problematic."

The format of the show has barely changed over the years -- two young presenters, the "best friends" of the show's title, discuss listeners' problems before introducing a short drama in which solutions are found.

But the content has evolved to reflect the changing concerns of its listeners, many of whom were caught up in the civil war between Maoist guerrillas and the state that ended in 2006.

"After a couple of years we began receiving letters complaining that we were focusing on small issues when they country was in such a bad situation," said Pokhrel.

"We had letters from young people who had joined the Maoists and were afraid to leave, and even from girls who had been raped and were too afraid to tell anyone because of the stigma."

The letters are all read and answered, usually with a stock reply giving expert advice on the particular issue the writer is interested in, and a few are chosen to be featured on the programme.

Much of the correspondence comes from young people in rural areas of Nepal, where discrimination on caste, ethnic and gender lines is rife, and where most of the violence took place during the 10-year conflict.

The show used to receive between 1,500 and 2,000 letters a month, but Nepal has seen a dramatic increase in mobile phone usage in recent years and they are increasingly being replaced by text messaging.

Equal Access, the international non-profit organisation that makes the show, has exported the idea to other developing countries including Cambodia, Laos and most recently Yemen.

In Nepal, a new generation of young presenters who themselves listened to SSMK as teenagers have recently taken over on the show.

"I loved listening to SSMK but I never imagined I would one day be presenting it," said SSMK host Swarnima Shrestha, 22.

"It's hard work, and we're under constant pressure because people take what we say so seriously. But to be able to touch even one young life feels great."

Her bones aren't quite fused, and once you expose a child this young to progesterone and estrogen, it could halt her growth
Advertisement
Advertisement
This site uses cookies to deliver our services.By using our site, you acknowledge that you have read and understand our Cookie Policy, Privacy Policy, and our Terms of Use  Ok, Got it. Close
×