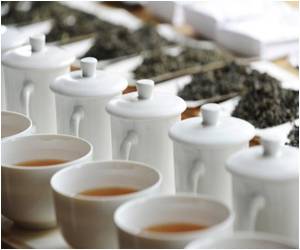 Researchers have discovered that an extract of green tea may be helpful in treating chronic lymphocytic leukemia (CLL) patients.

Researchers at Mayo Clinic say that use of the chemical epigallocatechin gallate (EGCG) - the major component of green tea, may reduce the number of leukemia cells in patients with CLL.

Chronic Lymphocytic Leukemia (CLL) is one of the most common types of adult leukemia and is considered as one of the 'good cancers'.
Advertisement

This laboratory finding was followed by a successful phase I clinical trial-the first time green tea extract had been studied in CLL patients.


"Although only a comparative phase III trial can determine whether EGCG can delay progression of CLL, the benefits we have seen in most CLL patients who use the chemical suggest that it has modest clinical activity and may be useful for stabilizing this form of leukemia, potentially slowing it down," says Tait Shanafelt, M.D., a Mayo Clinic hematologist and lead author of the study.

Leukemia is cancer of blood-forming tissues in the body.
Advertisement
"These studies advance the notion that a nutraceutical like EGCG can and should be studied as cancer preventives," says Neil Kay, M.D., a hematology researcher whose laboratory first tested the green tea extract in leukemic blood cells from CLL patients. "Using nontoxic chemicals to push back cancer growth to delay the need for toxic therapies is a worthy goal in oncology research-particularly for forms of cancer initially managed by observation such as CLL."

Scientists caution though, that EGCG is not a substitute for chemotherapy.

CLL is a blood cancer that is a hybrid between leukemia and lymphoma. Progression of the disease is measured by the quantity of leukemia cells in the blood and bone marrow as well as enlargement of lymph nodes due to infiltration by the leukemia cells.

After the phase I study, where scientists found a reduced cell count in 60 per cent patients, they launched their phase II clinical trial in an additional 36 patients.

The researchers also studied the side effects, since EGCG was being studied in patients who did not otherwise need treatment.

"All in all, the treatment was well tolerated with very mild side effects in most patients," Shanafelt says.

Kay however warns that not all CLL patients can use the treatment without consulting their oncologists and proper lab tests.

The findings are to be presented Monday, June 7, during the annual meeting of the American Society of Clinical Oncology (ASCO).

Green tea is the least processed variant of tea. Tea is a beverage made from the processed leaves of Camellia ...

When attempts to lose weight through conventional methods fail, many resort to herbs for weight loss. How do ...

Excess tearing may cause a sensation of watery eyes or result in tears falling down the cheek. Obstruction of ...