A new study has figured that the vegetable oil often discarded as waste by restaurants and pubs could prove a vital source of hydrogen, and hence, of fuel.

Although it's a greener fuel, making hydrogen may consume vast amounts of energy, use scarce natural resources, or spew out high levels of greenhouse gas.


Researchers at the University of Leeds have found a new method that uses waste vegetable oils to produce hydrogen through a process that is carbon neutral.


Dr Valerie Dupont and colleagues have perfected a two-stage process that is essentially self-heating.

Nickel catalyst is blasted with air to form nickel oxide - raising temperature of 650 degrees by another 200 degrees.

The fuel and steam mixture then reacts with the hot nickel oxide to make hydrogen and carbon dioxide.

This trick eliminated the greenhouse gas emissions and also forced the reaction to keep running, increasing the amount of hydrogen made.

"So as well as the generation of heat, this is another way that makes the process very efficient," said Dupont.

"The beauty of this technology is that it can be operated at any scale. It is just as suitable for use at a filling station as at a small power plant," Dupont said.

"If we could create more of our electricity locally using hydrogen-powered fuel cells, then we could cut the amount of energy lost during transmission down power lines."

The study will be published in the journal Bioresource Technology.

Fish Oil Healthier Than Vegetable Oil
When it comes looking after your health, you would be doing yourself a favour if you started using more fish oil than vegetable oil.
READ MORE

How Does Trans Fatty Acids Influence The Blood Flow In Humans
According to a study, trans fatty acids, present in partially hydrogenated vegetable oils in processed foods, interfere with more than one key enzyme in the regulation of blood flow.
READ MORE

Food Lovers Fiesta in Hyderabad
Food lovers in Hyderabad recently took part in a unique competition of gobbling up 'Haleem' as much as possible in one minute.
READ MORE 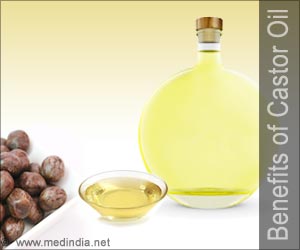 Benefits of Castor Oil
Castor oil, the miracle oil, is used worldwide for its medicinal properties. As a home remedy, castor oil treats many problems and ailments such as those related to hair, skin, joints and intestine.
READ MORE

Health Benefits of Cucumber
The health benefits of cucumber are understated but plentiful. Find out how adding cucumber to your daily diet can go such a long way to helping you get healthy.
READ MORE

Nutritional Guard - Bottle Gourd
Oozing with health and cosmetic benefits, the bottle gourd is a blessing in disguise many are unaware of.
READ MORE 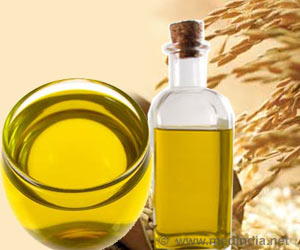