Green Buildings Being Promoted By China 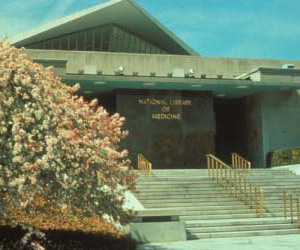 The country's top economic planner has said that the government will require new urban buildings to reach mandatory energy-saving standards, as well as renovate existing buildings, to make them more environmentally friendly by 2015.

A "green" building code will be adopted for all government-invested buildings built from 2014 on ward, said an official with the National Development and Reform Commission (NDRC) who declined to be named.


The cost of meeting the minimum requirements will be just 50 yuan (8 U.S. dollars) per square meter, according to the official.

Renovations will also be carried out for urban buildings to improve the efficiency of their heating systems.
Advertisement
Chinese buildings consume too much energy and resources and use them inefficiently, while many buildings are demolished as fast as they are erected in some places, leading to significant waste, the official noted.

The government aims to construct green buildings totaling 1 billion square meters in area during the 2011-2015 period and ensure that green buildings account for 20 percent of all new buildings in the country's cities in 2015, according to a government plan released last month.

Houses in China's northern regions will have their indoor heating systems upgraded to become more efficient starting from 2015, according to the plan.

The plan also calls for renovating 120 million square meters of public buildings in order to make them consume less energy.

The government is trying to convert China's economy into a low-carbon economy following years of breakneck growth that strained energy and resources and worsened pollution.

Source: ANI
Advertisement
<< Government Safety Regulations Should be Extended to Include...
Babies Develop Food Tastes in the Womb >>

CII to Host Fifth "Green Buildings" Congress at Chennai
The CII and the Sohrabji Godrej Green Business Centre is jointly organizing its fifth edition of ......