Greek Tourism Buckles Under Pressure of Strikes and Fuel Shortage 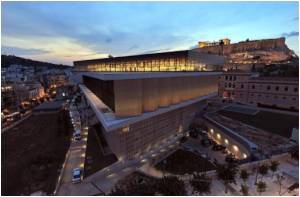 Disaster has struck Greece's crucial tourism industry at the peak of a summer season badly needed by its recession-hit economy with a national fuel shortage compounding weeks of on-off work unrest.

A strike wave against austerity policies, a violent May protest in which three people died in a firebombed bank and unionist action targeting cruise ships and flights have made for a calamitous season, operators say. 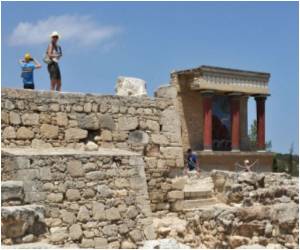 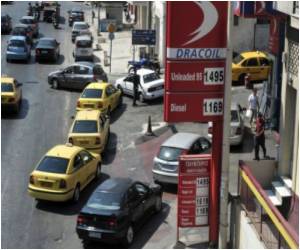 Cars and taxis queue at a petrol station in Athens 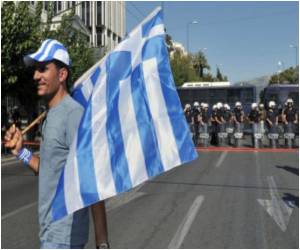 And additional disruption caused to tens of thousands of travellers by the fuel holdup caused by a trucker walkout could not have come at a worse time for a sector which makes up nearly a fifth of the troubled Greek economy.


"The situation is absurd... we face a barrage of cancellations," said Andreas Andreadis, chairman of the Panhellenic Hotel Confederation.

The strike came as thousands of Greeks embarked on vacation with many of them unsure whether they would be able to return.
Advertisement
"I'm going to the island of Lefkada but I don't know whether I'll be back, maybe I'll have to leave my car behind," said one motorist filling up at a gas station.

A broad range of businesses from tourism car rentals to fruit growers were badly hit by the trucker protest which began last Sunday against plans by the government to liberalise the tightly-controlled freight sector.

The truckers on Friday decided to maintain their protest, ignoring warnings by the government that strikers who continue to defy the law would be prosecuted and that their operating licenses could be forfeit.

The authorities were forced to use military vehicles and petrol station trucks to alleviate the shortage but supplies were unlikely to return to full capacity before Monday.

The truckers say that boosting competition in the freight sector by reducing new licence charges is unfair to existing operators who have already paid high start-up fees running up to 300,000 euros (391,000 dollars).

The plan is part of a reform programme that the government committed to in May in exchange for a 110-billion-euro (143-billion-dollar) bailout loan from the International Monetary Fund and European Union to stave off debt default.

The country's leading unions have staged six general strikes and several protests since the start of the year against wage and pension cuts ordered by the Socialist government which came close to bankruptcy earlier this year.

The main Greek port of Piraeus that links the mainland with islands popular with holidaymakers has also been repeatedly blockaded by protesters this year while a work-to-rule action by air traffic controllers in late July caused widespread flight delays.

With its back against the wall, the Greek government in June promised to compensate travellers stranded in the country by labour unrest.

But officials have so far given no details on the level of compensation nor how it would be paid.

"The present situation is turning into a disaster for the country, the economy and tourism," the association of Greek tourism entreprises (SETE) said in a statement this week.

The fuel shortage was discouraging tourists from neighbouring Bulgaria, Macedonia, Romania and Serbia from driving to Greece, SETE added.

Before the fuel trouble struck, Greek hotels faced a three-percent fall in bookings and a drop in proceeds of 10-12 percent, Andreadis said.

"A fall of one percent in tourism proceeds corresponds to 200 million euros in lost income for the country and 1,000 job losses," he told Flash Radio.

"And this is the worst showing in Europe, all our competitors including eurozone countries such as Spain and Portugal have increased their proceeds this year."

Source: AFP
Advertisement
<< The Famed "Italian 'Lover" is No More, or So a Poll Says
Mobile Phones May Make Classrooms, and Teachers, Portable N... >>

Greek Mythology Offers Clues About Ancient Neonatal Care
A new analysis has determined that ancient Greeks may have had considerable knowledge about how ....

Coffee Shops Help Greeks To Beat The Crisis
Determined to keep their cheer in the gloom of the economic downturn, Greeks are holding on to the ....