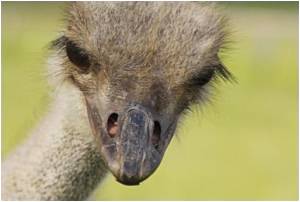 Greece has unveiled new legislation toughening sanctions for animal abuse and formally banning the use of animals in circuses, a junior minister said on Thursday.

The law, which has been publicised for debate until April 15, sets a maximum fine of 30,000 euros ($42,000) and a non-commutable prison sentence for the abuse or brutal treatment of animals.

Monkeys and Rats Were Created for Experiments to Benefit Humans: Malaysian Minister

A Malaysian minister has defended an Indian company's proposed plans to build an animal testing medicine lab in his state, saying that God created monkeys and rats for experiments
Advertisement

It also makes the electronic tagging of all pets compulsory.


"The behaviour of each society towards animals is a matter of culture," deputy agriculture minister Milena Apostolaki said.

"Each modern state is obliged to provide the necessary legal framework... to ensure an efficient animal policy," she told Flash Radio.

Pet Politics: Will Pets In Switzerland Win Their Rights to Legal Representation?

In a country that already outlaws flushing goldfish down the toilet and protects social pets' need for company, Switzerland will vote Sunday on whether abused animals deserve lawyers.
Advertisement
Abuse of stray animals is frequent and often fatal in Greece.

Dogs in particular are poisoned and found hanged or mutilated, particularly in rural areas.

In addition to condemning these incidents, animal groups have lobbied a succession of governments to forbid the operation of circuses in the country.

In 2009, an amateur video that showed a Circo Massimo employee striking and slashing an elephant with a hooked rod before a performance in the northern city of Florina caused a sensation in Greece.

Until a few decades ago, dancing bears were a routine spectacle at Greek country fairs until authorities stamped the practice out.

PETA Urges People Not to Adopt Bunnies in Year of Rabbit