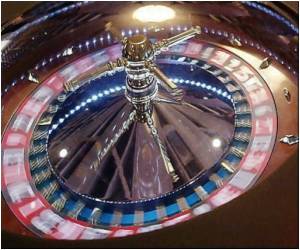 To boost state revenue in Greece,there are plans afoot to tap into the illegal gaming industry which is worth four billion euros.

"The propensity for gaming in Greece is among the highest in Europe and the world," George Christodoulakis, a senior finance ministry official supervising the regulation drive, told gaming company representatives late on Tuesday.

A British teenager has been warned by doctors that his daily 15 hours binge on video games could seriously damage his health.
Advertisement

"This has to do with our temperament and culture ... The only thing one can do is set rules," he said.


Gaming in Greece is currently under the control of state betting operator OPAP but the authorities say that a parallel illegal gambling market is growing fast, particularly online where regulations are at an embryonic stage.

Unregistered for a decade, gaming activity online is now worth an estimated two billion euros (2.6 billion dollars), he said.

Overall, "the illegal turnover from games of fortune in our country stands at around four billion euros," Finance Minister George Papaconstantinou added.

The government plans to establish a gaming commission to oversee the sector.

A bill on the issue will be tabled in parliament soon, the minister said.

"We want a regulatory framework that is modern, compatible with European regulation, that will fortify against illegal activity," he said.

Greece is careful to play under European Union rules. In 2005, the European Commission sanctioned Athens over an ill-fated ban on gaming machines that led to police raids on Internet cafes, confiscations and operator arrests.

"Our country today finds itself in the extremely unpleasant condition of paying around a million euros a month as a fine," Papaconstantinou said.

"This is a situation that can no longer continue."

The Greek government is on a mission to maximise state revenue after the country came to the brink of bankruptcy earlier this year after years of overspending that resulted in a national debt of nearly 300 billion euros.

Gaming Addiction Just as Bad as Booze and Drugs