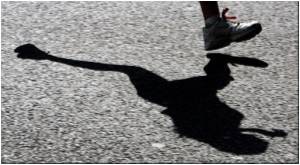 Ida Keeling is a great grandmother with a difference; at 95 years of age, she runs and is a world record holder in the 60 meter sprint at 29.86 seconds.

From Bronx, New York, she set the record for her age group at a track meet in Washington Heights, NY.

Although her friends make fun of her penchant for running at her age, she confesses that running is what has allowed her to live a long and active life. Having gone through heartbreaking, relentless grief right from the time when she was a child uptothe loss of her sons to drug wars, she found running a refuge. Her daughter's encouragement made her start running at the age of 67.


Looking at her no one would think her to be just five years short of a century. She looks more like a seventy year old. She is small - a mere 4-foot-6 and weighs 83 pounds. At her age she takes only one prescription drug and has an excellent memory for names and dates. She says the secret of her good health is the fact that she has a light breakfast for dinner - and a dinner for breakfast. She does active exercise with a bike, weights and a jumping rope.

Is there anyone in this world who fails to be swayed by the magic of youth? None, for when youth explodes joyously all Nature smiles!
Advertisement
Using the long hallway at her apartment building to practice running, the sprightly old lady expresses her firm belief that it would be more beneficial to have children exercise and run, rather than confining them, as this active pursuit would better their view of life.