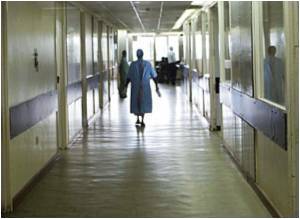 A great grandmother from Leeds became a minor celebrity after completing 100 years as she beat cancer five times.

Ellen McDonald was first diagnosed with breast cancer back in 1950s and underwent double mastectomy. A few years later she was diagnosed with gall bladder cancer but successfully recovered after her gall bladder was removed to prevent the cancer from spreading.

McDonald came closest to giving up when she was diagnosed with bowel cancer in 1963 with doctors giving up hope and even calling up a priest for the final rites. However she refused to give up and told the priest that she was a fighter and once again beat back the disease.


"I can remember a priest was in the room standing over me and he was reading passages from the Bible and there was somebody else there who was crying. But I told them I am a fighter and I managed to pull through. I made it through because of my fighting spirit and the skill of the surgeons who performed the operations to remove the areas where the cancer had struck", she said.

"Shaped like a butterfly she sits within the neck," that's what an anonymous poet wrote about the thyroid gland but it can become cancerous and spread to other parts.
Advertisement
News A-Z
A B C D E F G H I J K L M N O P Q R S T U V W X Y Z
What's New on Medindia

Blood Pressure Calculator Find a Doctor Post-Nasal Drip Find a Hospital Blood Donation - Recipients Blood - Sugar Chart Sanatogen Diaphragmatic Hernia Accident and Trauma Care Calculate Ideal Weight for Infants
This site uses cookies to deliver our services.By using our site, you acknowledge that you have read and understand our Cookie Policy, Privacy Policy, and our Terms of Use  Ok, Got it. Close
×