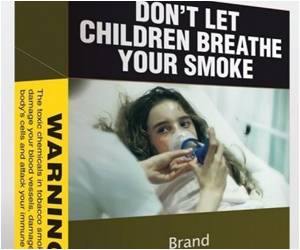 Global studies reveal that large, graphic health warnings on tobacco packets in China would increase awareness about the harms of smoking, help to cut smoking rates, and in doing so save lives.

These are the key findings from a new report, Tobacco health warnings in China - Evidence of effectiveness and implications for action, from the World Health Organization (WHO) and the International Tobacco Control Policy Evaluation Project (ITC Project), released today.

"This new report presents a very compelling case for the introduction of large, pictorial - or 'graphic' - health warnings on all tobacco packages in China," Dr Bernhard Schwartländer, WHO Representative in China, said.


"The average smoker in China smokes 15-17 cigarettes per day. This means the average smoker is exposed to a health warning more than 6200 times in one year, simply through the act of getting each cigarette from the pack. Making the pack warnings more effective is therefore an incredibly effective way of warning smokers about the health hazards of smoking and encouraging them to quit. And it is very cost-effective for governments too - requiring virtually no financial resources to implement or enforce," explained Dr Schwartländer.
Advertisement
The report highlights important international evidence from the ITC Project on the implementation of large, pictorial warnings in other countries and areas.

"Evidence from around the world shows that large, pictorial warnings significantly increase effectiveness of pack warning labels by increasing knowledge, awareness and perceptions of the risk of cigarettes. This leads to greater motivation among smokers to quit, and lowered motivation among non-smokers to start up," said Professor Geoffrey Fong, ITC Project Principal Investigator and co-author of the new report.

"Our research in China shows that the current text-only Chinese health warnings are very ineffective. Revising the current health warnings in line with the WHO FCTC and its Guidelines would increase awareness about smoking-related harms in China, and encourage Chinese smokers to quit. With its more than 300 million smokers, there is an urgent need for China to introduce policies that the evidence shows work," Professor Fong added.

The report also highlights how introduction of large, pictorial warning labels on tobacco packets and full implementation of the WHO FCTC would help reduce the growing burden of non-communicable disease in China.

"Tobacco-related noncommunicable diseases pose a serious threat to the health and life of the Chinese people, also creating a heavy burden on socioeconomic development," said Dr Liang Xiaofeng, Deputy Director of the Chinese Center for Disease Control and Prevention.

"Increasing awareness about the health harms of smoking is particularly important in China, where awareness is currently poor, and there is a tradition of people presenting cigarettes to one another and giving cigarettes as gifts. Educating people about the harm of tobacco through graphic warnings on cigarette packages would be one of the most direct and effective ways to reduce tobacco use," Dr Liang added.

Stronger warning labels on tobacco packages are also likely to be popular with the public, according to Dr Wang Ke'an, Director of the ThinkTank Research Center for Health Development.

"China should urgently implement pictorial warnings on at least 50% of the top of the front and back of the pack to honour its commitment to the WHO FCTC, to achievethe goals of the China National Tobacco Control Plan, and to protect public health in our country. Graphic pack warnings work to educate everyone - young, old, children, and importantly, people in disadvantaged areas who may be illiterate," Dr Wang added.

The WHO Framework Convention on Tobacco Control (FCTC) calls for warning labels covering 50% or more of the tobacco pack. The Guidelines for implementation of the relevant article of the WHO FCTC which have been adopted by Parties to the WHO FCTC recommend use of pictorial warning labels. China ratified the WHO FCTC in 2005, and the treaty came into legal force in China in 2006.

Currently, 28.1% of China's over 1 billion adults are smokers. This includes 52.9% of men and 2.4% of women. It is estimated that tobacco use kills more than 1 million people every year in China, which will increase to 3 million each year by 2050 if current smoking rates are not reduced.

"The importance of strengthening tobacco pack warning labels in China also needs to be seen in the context of the Government's plans to introduce a national law making public places smoke-free: by improving public awareness of tobacco harms, stronger tobacco pack warnings would help to reinforce this policy," said the WHO's Dr Schwartländer.

"It is well and truly time for China to kick its tobacco habit. Indeed, the country's future economic and social prosperity depends on it. The evidence and recommendations presented in this report, if implemented, will help China to do just that," Dr Schwartländer concluded.

Exposure to Tobacco Marketing is Associated With Increased Use
Despite restrictions that a new study has revealed that not only are young people exposed to ......

Kids are Being Influenced by Tobacco Marketing
Many states and tobacco manufacturers established restrictions to prevent youth exposure to the ......