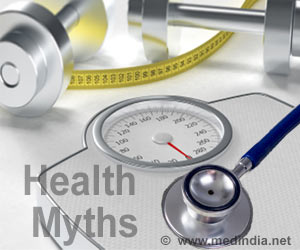 Old is gold! The same has been the case with age old health practices that grandparents follow to raise their grandchildren. A recent research, by a Northwell Health pediatrician, suggests practicing outdated health and parenting myths could potentially pose serious risks to young children.

150 health and safety myths have been exposed in the past year.
Advertisement
‘When grandparents step up to the plate, it can be wonderful for grandchildren but can also pose challenges in terms of lifestyle, finances and mental and physical health to a somewhat older or elderly cohort.’
Tweet it Now

The study, one of a trio led by senior investigator Andrew Adesman, MD, is scheduled for presentation at the Pediatric Academic Societies Meeting being held in San Francisco. Dr. Adesman, Chief of Developmental and Behavioral Pediatrics at Cohen Children's Medical Center in New Hyde Park, focused his research on the particular difficulties facing grandparents solely raising their offspring's children. "When grandparents step up to the plate, it can be wonderful for grandchildren but can also pose challenges in terms of lifestyle, finances and mental and physical health to a somewhat older or elderly cohort," said Dr. Adesman. "In their questionnaires, a fairly large sample size of grandparents felt they were doing a good job but acknowledged they didn't have the support they often needed and that their role could be alienating in terms of their own peer group." More than 7 million grandchildren in the United States were being raised solely by their 2.7 million grandparents in 2012, according to the US Census Bureau.


Factors contributing to this growing phenomenon include the opioid epidemic, parental incarceration or problems with parents' physical or mental health, Dr. Adesman said. In the decades since grandparents raised their own children, certain parenting practices and health beliefs have evolved - catching some grandparents unaware and potentially threatening their grandchildren's safety. For example, in one of Dr. Adesman's studies, "Potential Health Risks to Children When Grandparents Raising Their Grandchildren Subscribe to Out-Dated Health Beliefs," 44 percent of the 636 grandparents who completed a detailed questionnaire mistakenly believed that "ice baths are a good way to bring down a very high fever." In fact, ice baths pose a hypothermia risk. Perhaps more notably, nearly one-quarter of these grandparents did not know that "infants should be put to sleep on their back, not on their stomach or side" - a major risk factor for sudden infant death syndrome (SIDS). Pediatricians can help grandparents raising their grandchildren by updating them on current health care beliefs and parenting methods, Dr. Adesman said.

Bursting the myth of a rare genetic disease, experts say that by rigorously following all the precautions and treatment, the newborns can lead a normal life.
Advertisement
"It's important that pediatricians not make the mistake of taking for granted that because these grandparents have raised children already, they have the wisdom of the ages," he added. In his two other related studies, Dr. Adesman and his team surveyed 774 grandparents who identify as the primary caregiver of one or more grandchildren. One questionnaire aimed to characterize these grandparents' sources of support and evaluate their impact, as well as identify unmet needs for support. The study, "Adequacy of Psychosocial Supports for Grandparents Raising Their Own Grandchildren," showed that one in 10 grandparents reported they didn't have any support systems at the time they answered the survey, while an additional 12 percent said their support system didn't meet their most important needs. In addition, 71 percent reported that their parenting responsibilities had limited their ability to socialize with friends, and nearly one-third indicated that raising their grandchild had affected their spouse or relationship unfavorably. Many respondents expressed interest in receiving counseling (43 percent) or participating in a support group (61 percent), and those who lacked an adequate support system were less likely to report feeling generally happy (54 percent vs. 86 percent).

"One major takeaway from this study is that for grandparents who are raising grandchildren, their parenting can often take a toll in terms of their own physical and emotional health, and support groups can make a difference," said Dr. Adesman, noting that grandparenting support groups can be found in most major cities. Dr. Adesman's remaining study, "Parenting Experiences and Self-Perceived Parenting Abilities of Grandparents Raising Their Own Grandchildren" covered parenting experiences, self-perceptions, challenges and other factors affecting these grandparents. Research showed that nearly one-third reported having a medical problem that interfered with their ability to care for their grandchild.

Additionally, many said that choosing to parent their grandchild had negatively affected their own emotional (40.3 percent) or physical (32.4 percent) health. "I think pediatricians need to also evaluate not just the health and well-being of the child, but really ask about the physical and social health of the grandparent that has assumed responsibility for raising that child as well," Dr. Adesman suggested. "Because although the grandparents often elected to take on this role, it's not something they planned for and it can represent a challenge in many domains. Many grandparents are up to the challenge, but it may come with certain costs."