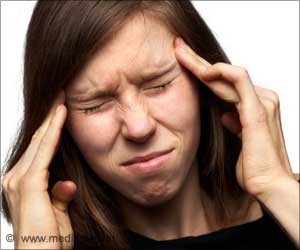 Sports-related concussion is a form of traumatic brain injury that is usually caused by a blow to the head or neck, or some other injury that causes the brain to suddenly shift position within the skull. A variety of symptoms are associated with concussion: headache, dizziness, confusion, visual problems, concentration difficulties, irritability, depression - just to name a few.

Some young patients may experience concussion-related symptoms for only a short time, but in others symptoms linger for months or longer. When symptoms of concussion are prolonged, the condition is known as post-concussion syndrome.

Sports-related Concussions Has Been Picking Up Momentum

In recent months sports-related concussions and mild traumatic brain injuries have grabbed headlines, as the long-term damage they can cause becomes increasingly evident among athletes.
Advertisement
‘Graded aerobic treadmill testing is safe, tolerable, and useful in evaluating and managing cases of sports-related concussion in children and adolescents.’

Graded aerobic treadmill testing is safe, tolerable, and useful in evaluating and managing cases of sports-related concussion in children and adolescents. This is the finding of a new study reported in the Journal of Neurosurgery: Pediatrics.


At the outset of this paper, the authors offer statistics on this subject: "Clinical studies suggest that 21%-73% of children and adolescents who sustain a concussion will experience persistent symptoms at one month after injury or develop post-concussion syndrome."

Past, Current and Future Concepts of Sports-Related Concussion

An estimated 1.68 to 3.8 million sports-related concussions occur each year in the United States, and there are likely a significant number that go unreported.
Advertisement
Researchers focused on two goals: first, to assess the safety, tolerability, and clinical use of graded aerobic treadmill testing in young athletes with sports-related concussion; and second, to evaluate clinical outcomes in a subset of young patients with physiological post-concussion disorder who adhered to a submaximal aerobic exercise program. Similar studies have been performed but only in adults. This is the first study to focus exclusively on young athletes.

The researchers examined the use of graded aerobic treadmill testing in pediatric patients with sports-related concussion who had been referred to the multidisciplinary Pan Am Concussion Program in Winnipeg, Manitoba, Canada. Graded aerobic treadmill testing, along with the patient's clinical history, a complete physical examination, and a self-reported symptom inventory, was used to assess the concussion status of each of these patients.

Between October 9, 2014, and February 11, 2016, 106 patients between 11 and 19 years of age underwent 141 treadmill tests. The patients had a wide variety of concussion-related symptoms and were tested at various times during their recovery periods.

During graded aerobic treadmill testing, the intensity of each patient's workout was raised incrementally until maximal exhaustion was reached or until concussion-related symptoms appeared or were exacerbated. Heart rate, blood pressure, and respiratory rate were monitored during or immediately after testing. In addition, the patients were asked to rate their perceived exertion during the test. The results of the treadmill test were then used "to assess physiological recovery, classify post-concussion syndrome (PCS) subtype, and reassess patients following treatment."

The researchers inform us that there were no serious complications of graded aerobic treadmill testing. Of the 141 treadmill tests that were performed, 138 were well tolerated; the other three tests had to be terminated prematurely because the activity caused lower-extremity soreness related to earlier orthopedic injuries.

61 treadmill tests were performed in patients with post-concussion syndrome to help determine which of three subtypes of this syndrome best described each patient:

Based on the findings, these patients were placed on regimens of tailored submaximal exercise programs with or without targeted vestibular physiotherapy and/or cervical spine physiotherapy.

The researchers also examined treatment outcomes in patients who had been diagnosed with physiological PCD and prescribed submaximal exercise. Complete follow-up data were available in 41 of these patients. At the completion of the exercise programs, 37 of these patients displayed clinical improvements and 33 improved so greatly that they were able to successfully return to play.

In summarizing the findings of this study, the corresponding author, Dr. Michael Ellis provided the following comment:

"Despite the explosion in concussion research in recent years, there remain limited objective tools that can help provide a view into the pathophysiology of concussion and post-concussion syndrome. Building on pioneering work at the University of Buffalo, this retrospective study demonstrates that graded aerobic treadmill testing is safe and well tolerated in pediatric patients, and it can be used to assess physiological recovery and classify concussion patients into operational physiologically based sub-types that, in the majority of cases, can be successfully treated with targeted rehabilitation strategies. This study suggests that persistent concussion symptoms are mediated by heterogeneous and often overlapping pathophysiological processes that must be identified and controlled for in future prospective studies examining targeted treatment options in this population."

Surgeons and neurosurgeons have treated head and spinal injuries in sports since the specialty was formed in the early 20th century, with formal efforts to mitigate these injuries dating back to 1931.
Advertisement
<< South Africans With HIV-related Pain are Surprisingly Active
Brain Activity and Craving Changes With Belief About Nicotin... >>

Parents who want to reduce their child's risk of a sports-related concussion should visit a dentist instead of a sporting goods store when it comes to buying a mouthguard.