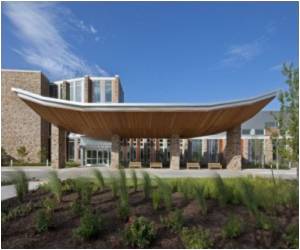 16-year old Shannon Deakin, died due to the doctor's negligence who treated her at the out-of-hours surgery at Barnsley Hospital.

The girl complained of pain in legs and stomach and so her parents had taken her to the Barnsley Hospital. After consultation, the GP told that Shannon was having an infection and would be fine with the antibiotics he prescribed. However, nothing of that sort happened and the teenager died before her parents after complaining pain.

Later, it was revealed that Shannon died of pulmonary embolism, which resulted in a huge blood clot (blockage of the lung artery).


Deakins complained that they had to wait for more than an hour to see the GP who did not take Shannon's case seriously. The doctor even affirmed that there could be blood clot, but did not conduct any test and sent her back home with antibiotics. Shannon's parents are sure that their daughter would have been with them if the GP would have been extra cautious. Her parents are thinking of filing a lawsuit against the doctor.

Care UK, which handles out of hours service for NHS Barnsley, revealed that the doctor who treated Shannon was out of town and his colleagues have taken over his duties. NHS Barnsley and Care UK have promised that they would conduct an in-depth inquiry in the matter.

A blood clot (thrombus) in the deep venous system of the leg leads to deep vein thrombosis (DVT). DVT is a major cause of morbidity and mortality.
Advertisement

For low-risk patients with pulmonary embolism outpatient care appears safe and effective, says study published in Lancet.
Advertisement
This site uses cookies to deliver our services.By using our site, you acknowledge that you have read and understand our Cookie Policy, Privacy Policy, and our Terms of Use  Ok, Got it. Close
×