Govt. Sources: Japanese Lifespans Longer Than Ever Before 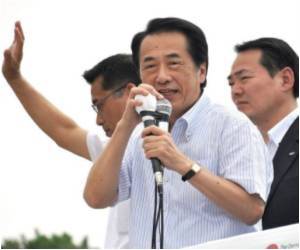 With the average life expectancy now a world-record 86.44 years for women and 79.59 years for men (as per the country's health and welfare ministry) Japanese people are living longer than now than ever before.

Japanese women extended their life expectancy by more than four months in 2009 from the previous year, while men added some three months.

Scientists reveal why a restricted diet can lead to a longer lifespan and reduce incidence of age-related diseases - even if adopted late in life.
Advertisement

Japanese women's longevity set a world record, followed by 86.1 years for women in Hong Kong and 84.5 years for French women, said the ministry.

People who spend more than four hours in front of the television each day have a far higher risk of dying early than those who limit their viewing, an Australian study said Tuesday.
Advertisement
The Japanese people are renowned for their longevity, attributed in part to a healthy diet, active lifestyle and good health care.

But the long life expectancy is also set to cause problems for Japan, which has one of the world's lowest birth rates, leaving a shrinking working population to support a growing mass of retirees.

The Link Between Your Name Initial and Lifespan

How long you live may be known by the first letter of your name, say researchers.
Advertisement
<< Air Pollution in Traffic Leads to Sudden Cardiac Death
Netherlands Tops the Happiness Meter >>

There is no need to spend hours on a treadmill at the gym to get fit, suggests a new study, which found that the key to a longer life could be as simple as taking a gentle stroll for
Advertisement
News A-Z
A B C D E F G H I J K L M N O P Q R S T U V W X Y Z
What's New on Medindia