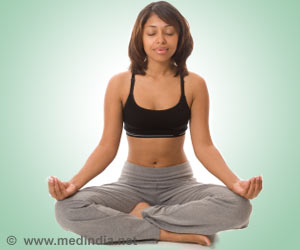 At a press conference in New Delhi, Sawaraj said, "The department of posts is bringing out stamp on the International Day of Yoga and and at the same time the finance ministry is bringing out coins of the denomination of Rs.10 and Rs.100." The minister added, "Of the 177 countries co-sponsoring the event, 47 are Islamic countries. They have co-sponsored the event and expressed their desire to participate in the yoga sessions being organized in the Indian Missions."

According to the AYUSH ministry, over 11 lakh National Cadet Corps (NCC) cadres will take part in the International Yoga Day program while 9 lakh members of Armed Police Forces will perform in their respective field units. There would be a live telecast and webcast of the event from the venue. This hour-long program will be held at Rajpath starting at 6.40 am and will be attended by Prime Minister Narendra Modi along with cabinet ministers, members of parliament and diplomats.


Ayurveda, Yoga and Naturopathy, Unani, Siddha and Homoeopathy Minister Shripad Naik during the media briefing, said, "In all, over 35,000 people are expected to take part including students, CRPF personnel and yoga institutions."

Over 1.1 Million NCC Cadets to Perform on International Yoga Day; Aim for World Record
NCC Director General Anirudh Chakravarti said out of the 1.1 million cadets from across India, ......