Goodbye to Fat With New Machine 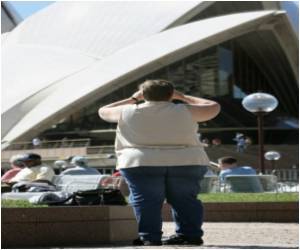 A new machine that deals with body fat by freezing it has been developed by scientists.

Promoted as a painless alternative to liposuction, the device features a gel patch that clamps on to flabby parts of the body and freezes fat cells.

The sub-zero temperatures cause the fat cells to die. They are re-absorbed and then flushed away by the body over the next few months, leaving the patient sleeker.


The first 80,000 pounds 'CoolSculpting' device has arrived in Britain and is already being offered to patients at a London clinic.

The new treatment costs around #800 - about a quarter of the price of liposuction - and takes between one and three hours.

Calculate the ideal body weight for adults easily with Medindia's Ideal Body Weight Calculator.
Advertisement
Designed by scientists at Zeltiq in California, the treatment, which is non-invasive, can be carried out in a patient's lunch break.

The researchers realised that although fat freezes at a lower temperature than other types of tissue, skin and muscles can survive sub-zero temperatures without suffering lasting damage.

Last week the treatment was approved by the U.S. Food and Drug Administration.

Mitchell Levinson, the company's founder, said patients have been monitored for three years without the fat returning.

A single treatment is usually enough for each love handle. A larger beer belly or a set of flaps of fat under the arms may need two treatments.

According to the creators of the device, it is designed for those in need of a little fat removal and is not suitable for treating obesity.

The first machine in Britain is at the Beyond MediSpa clinic at Harvey Nichols in Central London.

A spokesman for the company said patients feel a sensation of 'intense cold', but this 'soon dissipates'.

"The patient is seated comfortably or lying down during the procedure. Many spend this time reading or even taking a nap," the Daily Mail quoted him as saying.

Zeltiq has also created a device that uses a low-level laser to zap away fat cells around the waist and thighs.

It creates tiny pores in the fat cell membranes, allowing their contents to leak and causing the cells to deflate. The treatment lasts 40 minutes and is carried out three times a week for a fortnight.