"Good, Clean and Fair" Food in the Slow Food Movement 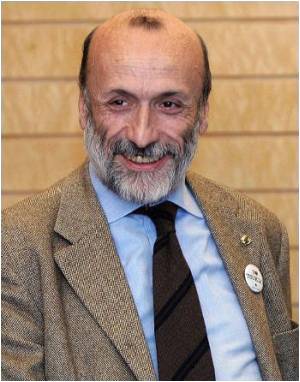 "Good, clean and fair" food is what Carlo Petrini has been encouraging the world to have for the past two decades through his Slow Food movement for which 100,000 people in 163 countries signed up.

"Philosophically, finding slowness again is essential. We need to take a small, homeopathic dose of it every day, to come back to a life rhythm that is more bearable," the 61-year-old Italian told AFP in an interview in Rome.

Slow Food, whose symbol is a red snail, promotes food that is "good at a sensory level," but also aims to educate people about traditional and wholesome means of production and defend biodiversity in the food supply.


"We are not old-style gourmands only interested in taste or the recreational side of things. Food needs to be clean and not destroy the environment like intensive livestock farming does by polluting water tables," Petrini said.

Slow Food Gastronomes Now At Their Own University in Italy

Students from all over the world are flocking to a one-of-a-kind university devoted to the Slow Food movement, founded nearly a quarter century ago to promote good, clean and fair food.
Advertisement
"The producer should not be paid too little and neither should immigrants who have come to Europe" illegally, to work at the lower end of the food production chain.

Founded in 1986, Petrini's movement is headquartered in the small town of Bra in the northwestern Italian region of Piedmont, about 50 kilometres (30 miles) from Turin, an area that thanks to the movement has become a capital of high-quality food production.

"Over the past 50 years, food has lost its value, it became a commodity. We destroyed our agricultural society and with it the chance for young people to come back to the land," Petrini said.

Petrini laments that the share of young farmers has fallen from 50 percent after World War II to just three percent today.

"Should development be synonymous with multi-national companies, genetically modified organisms and the ownership of seeds, or with small communities using virtuous means of production that can feed millions of people?" he asks.

Slow Food began as a protest against fast-food culture in Italy, but soon spread to Germany, Switzerland and the rest of the world.

Today it sponsors food festivals and takes stances on sensitive food issues: it has issued a manifesto in defence of the consumption of raw milk and one on the future of seeds and seed-ownership.

It also defends and promotes about 300 "presidia" -- foods whose traditional production risks being abandoned -- like the Garbagna Bella cherry in Piedmont or Noire de Bigorre cured ham in southern France.

Petrini's movement is pulling in the opposite direction to bodies like the Rome-based United Nations' Food and Agriculture Organisation, which advocates massively increasing food production to feed a growing world population.

But he dismisses suggestions that its goals are utopian, or unrealistic.

"On the ground, the FAO has people who do serious work, but over the past 20 years, none of the goals they have set -- like the goal of halving the number of hungry people by 2015 -- has been achieved," Petrini said.

Slow Food's impact is hard to measure, but many of the movement's projects have so far been a success.

The food festivals it organises, from the bi-annual cheese festival in Bra to the Slow Fish festival in the port city of Genoa, are consistently packed.

In late August a sprawling 5,000 square-metre (54,000 square feet) "Eataly" food emporium, for which Slow Food acts as "strategic consultant" opened in Manhattan, modeled on the original Eataly market launched in Turin in 2007.

Slow Food will bring 4,000 traditionally-minded farmers and breeders from communities around the world together in Turin in late October for a five-day food fair.

"We won't be changing the world, but the humble of this earth need to be listened to. We are aware of our size, we are a small association. But now it's civil society that pushes politicians, not the other way around," Petrini said.

Sign of the spreading message, Petrini was recently invited to speak to 280 physicians at the US Center for Disease Control at a meeting that was streamed to the White House and viewed by First Lady Michelle Obama.

The Slow Food movement for sustainable cuisine on Monday chqllenged a call for French cuisine to be added to UNESCO's world heritage list because it was unfair to try to rank world cuisines.
Advertisement
Advertisement

A diet food contains protein, fiber and good fats, which help in weight management. Diet foods if consumed ...
This site uses cookies to deliver our services.By using our site, you acknowledge that you have read and understand our Cookie Policy, Privacy Policy, and our Terms of Use  Ok, Got it. Close
×