Going an Extra Mile may Have No Additional Benefit 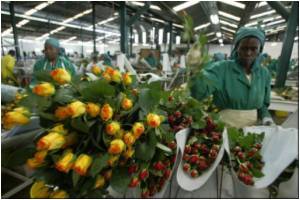 If you're gifting flowers to your mom this Mother's Day, you may have opted for the guaranteed delivery option where they promise you that the flowers will arrive by a certain time. Should the flowers not arrive in time, you will likely feel betrayed by the sender for breaking their promise. But if they arrive earlier, you likely will be no happier than if they arrive on time, according to new research. The new work suggests that we place such a high premium on keeping a promise that exceeding it confers little or no additional benefit.

Whether we make them with a person or company, promises are social contracts, says Ayelet Gneezy of the University of California, San Diego. While researchers have explored the negative consequences of breaking promises, until now, they have not explored what happens when someone exceeds a promise.

Flowers can be used as infusion for treating digestive disorders or they can be used as poultice for skin problems, and as pastes or decoctions for wounds and injuries.
Advertisement

Gneezy became interested in the topic when thinking about how consumers respond to promises made by firms. "My first memory in that respect is that of Amazon's tendency to exceed its promise with respect to delivery time - that is, packages always arrived earlier than promised - and my lack of appreciation of the 'gesture'/fact," Gneezy says.


Gneezy, with colleague Nicholas Epley of the University of Chicago Booth School of Business, set out to explore "promise exceeding" in a series of experiments that tested imagined, recalled, and actual promise-making. In one of the experiments, for example, researchers asked participants to recall three promises: one broken, one kept, and one exceeded. They then asked them to rate how happy they were with the promise-maker's behavior.
Advertisement
While participants valued keeping a promise much more highly than breaking one, exceeding the promise conferred virtually no additional happiness with the promise-maker, as published today in Social Psychological and Personality Science. Additionally, in a follow-up experiment, participants said that exceeding a promise did not require expending significantly more effort.

Although exceeding the promise by solving 15 puzzles clearly required more effort, the promise- receivers did not value that extra work any more than just keeping to the 10 puzzles promised: They valued promise keeping and exceeding equally.

"I was surprised that exceeding a promise produced so little meaningful increase in gratitude or appreciation. I had anticipated a modest positive effect," Epley says, but "what we actually found was almost no gain from exceeding a promise whatsoever."

And the trend held true across the experiments: "Being able to demonstrate our effect so reliably across so many very different methods gives us great confidence in the robustness of these effects," Epley says.

The data suggest that the reason for these effects lies in how we value promises as a society. "Keeping a promise is valued so highly, above and beyond its 'objective' value," Epley says. "When you keep a promise, not only have you done something nice for someone but you've also fulfilled a social contract and shown that you're a reliable and trustworthy person."

The bottom line, Epley says, is that exceeding a promise may not be worth the effort you put in. "Invest efforts into keeping promises, not in exceeding them," he says. And this advice also holds true for businesses, which should prioritize resources to make sure they do not break promises, rather than trying to go above and beyond.

Epley and colleague Nadav Klein are currently working on related work about how people evaluate selfless compared to selfish behavior and they are finding similar results. "Behaving fairly toward others is the critical point," Epley explains. "Beyond being fair, generosity does not seem to be valued as much as one would expect."

So, Epley says: "Don't be upset when your friends, family members, clients, or students fail to appreciate the extra effort you put into going above and beyond your promise. They do not appear to be uniquely ungrateful, just human."

Color Blindness Calculator Diaphragmatic Hernia Accident and Trauma Care Sanatogen Sinopril (2mg) (Lacidipine) Loram (2 mg) (Lorazepam) Drug Side Effects Calculator The Essence of Yoga Post-Nasal Drip Nutam (400mg) (Piracetam)
This site uses cookies to deliver our services. By using our site, you acknowledge that you have read and understand our Cookie Policy, Privacy Policy, and our Terms of Use