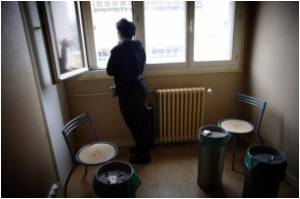 Despite having recovered from mental illness through psychiatric treatment, over 120 patients are still languishing in Goa's only government-run psychiatry institute, Chief Minister Laxmikant Parsekar said on Friday. It is because no relatives are coming forward to take them home even five years after recovery and they have nowhere to go, he added.

Speaking to reporters at the State Secretariat during a post cabinet meet media briefing, Parsekar said that a mechanism was being worked out to send the recovered patients to asylums, where they would be taken care of.
Advertisement

"It is impossible to admit new patients to the Institute of Psychiatry and Human Behavior (IPHB). It is full because there are 120 patients who are fully treated and recovered, but no one is coming forward to claim them," the chief minister said.

"We have traced several relatives and patients and handed over some of the recovered patients to them. In the case of these 120, we could find no one," he added.

Survey Finds Gaps in Inpatient Psychiatry for Ontario Youth
A first of its kind benchmarking survey was used to evaluate the state of inpatient psychiatry ......

New Manual Gives US Psychiatry a Makeover
A host of changes are present in the latest makeover to a massive psychiatric tome called the ......

COX - 2 Inhibitors
What are COX2 Inhibitors? Why are they safer compared to NSAIDs and which conditions are best trea...