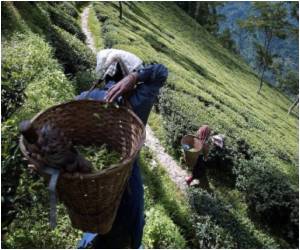 The Food and Drug Administration in Goa has revealed that a raid earlier this month in Usgaon had netted tea bags that were adulterated.

On testing, the agency found that the tea bags contained a 'coloured' substance which is in clear violation of the Food Adulteration Act, 1964.


Arlekar added that the agency will now be prosecuting both the wholesaler as well as the company that had manufactured the tea powder. 'Oil soluble colour was found in the tea powder which means it was adulterated. We will file a case under prevention of food adulteration,' he said.


Source: Medindia
Advertisement
<< Johnson & Johnson's Drug to be Recommended for Rheumatoid A...
Many Newly Married Couples Opt to Sleep Apart After Arrival ... >>