GM Crops Under the Microscope at International Debate 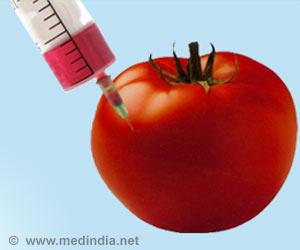 One of the world's most contentious food issues - Genetically Modified (GM) crops will be debated by some of the world's leading authorities on the subject at Queen's University ). A panel of international food experts will argue the pros and cons or GM crops at a special debate as part of the Food Integrity and Traceability Conference (ASSET 2014). The conference, which highlights current and emerging threats to the integrity of the food chain, is being attended by over 350 scientists, regulators and agri-food producers from over 25 countries.

The conference and debate are organised by Queen's Institute for Global Food Security and safefood. The GM debate will feature four experts, who will speak for and against the motion that 'GM crops are a safe and important means of improving food security in Europe'. Anyone with an interest in GM can follow the debate on Twitter and tweet their own opinions on the issue @ASSET2014 using #ASSETGM. The panellists speaking in favour of GM crops are Owen Brennan, Chief Executive of Devenish Group, the Belfast-based global agri-technology company; and Professor Klaus Ammann from the University of Bern.

PMK founder S. Ramadoss stated how the centre's sanction for trails of 200 GM food crops including wheat and paddy could be equal to killing Indian agriculture with acid
Advertisement

Those opposing the motion are Dr John Fagan, Chief Executive of Annapurna Global Inc, a leading authority on sustainability in the food system; and Dr Michael Antoniou, an expert in genetic engineering at King's College London. The debate will be chaired by Ella McSweeney, presenter of RTE's Ear to the Ground. Recent research by safefood with consumers in Northern Ireland revealed that 11 per cent check food labels for information on GM, compared with 3 per cent who check for organic content and 2 per cent who check for allergy advice. Looking forward to the debate, Professor Chris Elliott, Director of the Institute for Global Food Security at Queen's, said: "The debate around Genetically Modified food is one of the most hotly contested food issues in the world today.


Today's discussion will explore the issues around the introduction of GM feeds, crops and foods into Europe - a topic that is becoming increasingly important in an attempt to deal with new challenges and threats to global food security." Explaining what GM food is, Professor Elliott continued: "Genetically Modified essentially means altering the genetic make-up of plants and crop in the laboratory, by removing or adding genes to the plant's DNA to give it a new characteristic. It can be used to increase productivity, to make crops more resistant to disease, or to enable plants to survive in hostile environments.

Crops Resilient to Change of Climate a Could be a Possibility

A method of measuring how much light a plant can tolerate could be useful in growing crops resilient to changing climate has been found in a new research.
Advertisement
While some people argue it opens the door to a more plentiful, sustainable and cheaper food supply, others contest that nature should not be interfered with and that we can't be sure of its effects on farm animals, humans and other plant and wildlife. "As pressure continues to grow on governments, food producers and scientists to provide the world's growing population with a sustainable, safe and secure supply of high quality food, the GM debate looks set to continue well into the 21st century. Today, Queen's will be at the centre of that debate and I look forward to what promises to be a lively, robust and highly interactive discussion."

Euthanasia Debate Crops Up in France After Recent Elderly Suicides

Two couples in their 80s have committed suicide by swallowing medicines in Paris, prompting a debate in France on euthanasia or mercy killing which is still illegal in the country.
Advertisement
<< Muscovites, Architects Fight to Save Moscow's 'Eiffel Tower...
By Reducing Fertility of Female Mosquitoes, Researchers Dev... >>

Genetically Modified Food
News Archive
News Resource
Advertisement
News Category
Tale of Love Hormones Shaping our Responses to Society How to Reduce Needle Anxiety in Children? Tobacco Addiction: Here's How to Break the Habit Parents are 'Winging It' on Their Kids' Mobile Use Ankle and Ankle Movements While Riding an Hoverboard
More News
Sign up for Wellness Consult a Doctor Sign up for Selfcare